After we left Hazelmere, we camped for one night at Shuswap Lake Provincial Park in B.C. , Canada. We have camped there before, you can see the post here. Our site number was 51.

The park is child and pet friendly.  Besides privacy, the camp has hot showers, fire-pits, toilets, water, recycling, garbage cans and a Sani-dump. There are great shops quite close to the park. Although we didn’t book ahead, I would suggest reserving over a weekend and in season as it is very popular. 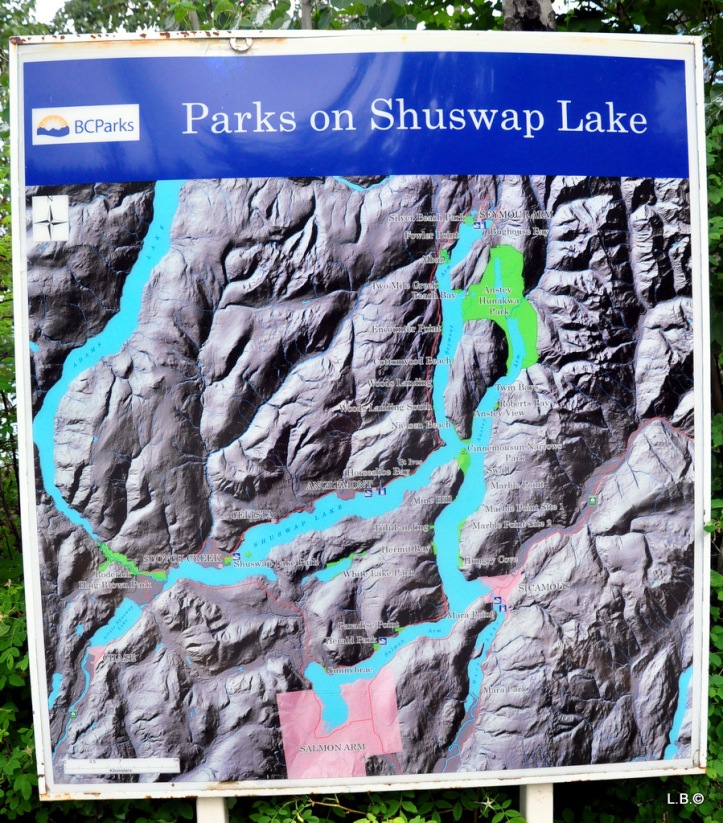 “The park is situated on the old delta of Scotch Creek, has one kilometre of sandy, pebble beach, and includes the whole of Copper Island. The park also offers a large grassy play area, an adventure playground, a large boat launch, and a self-guiding nature trail.” – B.C. Parks

“While the day-use area and beach are off-limits to dogs and other domestic animals, a stretch of beach is available adjacent to the boat launch where visitors may swim with their dogs.” – B.C. Parks 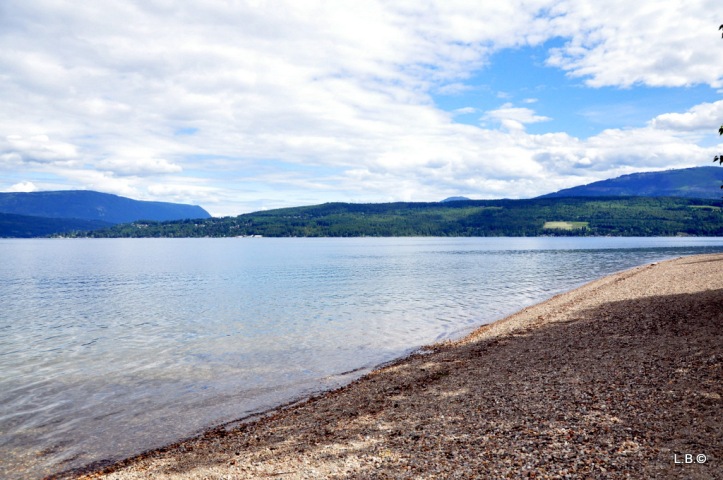 “Shuswap Lake is a lake located in south-central British Columbia, Canada that drains via the Little River into Little Shuswap Lake. Little Shuswap Lake is the source of the South Thompson River, a branch of the Thompson River, a tributary of the Fraser River. It is at the heart of a region known as the Shuswap Country or “the Shuswap”, noted for its recreational lakeshore communities including the city of Salmon Arm. The name “Shuswap” is derived from the Shuswap or Secwepemc First Nations people, the most northern of the Interior Salish peoples, whose territory includes the Shuswap.” – Wikipedia

“The area is named after the Shuswap Secwepemc First Nations people, the most northern of the Salishan speaking people. This group was the first to inhabit the region, as evidenced by kekulis (semi-underground pit houses), which have been found at Scotch Creek and nearby Herald Provincial Park. Pictographs or rock paintings have also been discovered around Shuswap Lake. During the nineteenth and early twentieth century, European explorers, fur traders and surveyors came to the area. Then in the late 1800s, gold was discovered, and the population in the area soared. Today, little remains of these historic tales.” – British Columbia 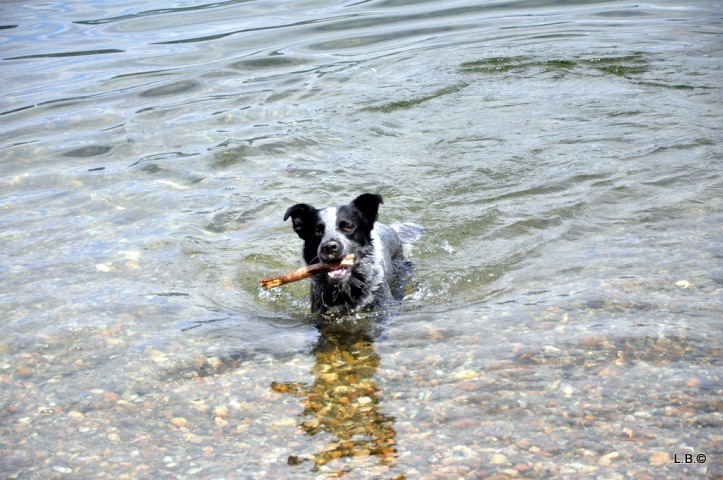 What can be better than a dog with a stick in the water? 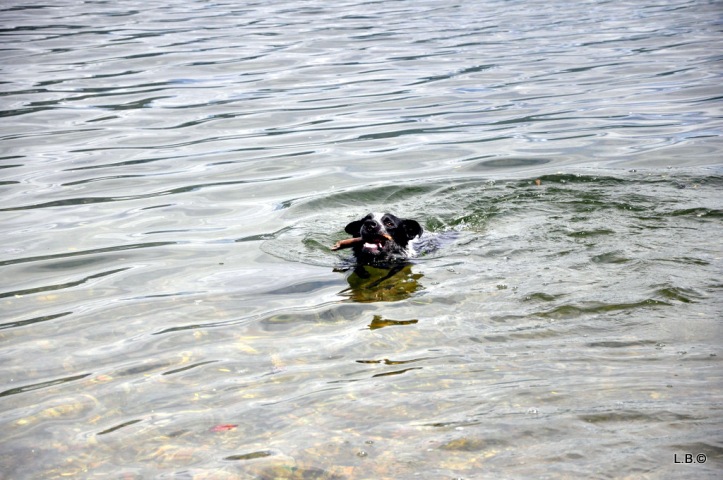 A dog with a stick swimming in the water.

KIDS DON’T FLOAT – BUT PFDs DO!

“RCMSAR 106 (Shuswap) have installed kiosks which have loaner PFDs (Personal Flotation Devices) for children to use while boating or swimming. There are 14 kiosks located at boat launches and beaches around Shuswap, Mara and Little Shuswap Lakes. The kiosks have had the financial support of a variety of community sponsors. See the map and legend below for specific locations.” 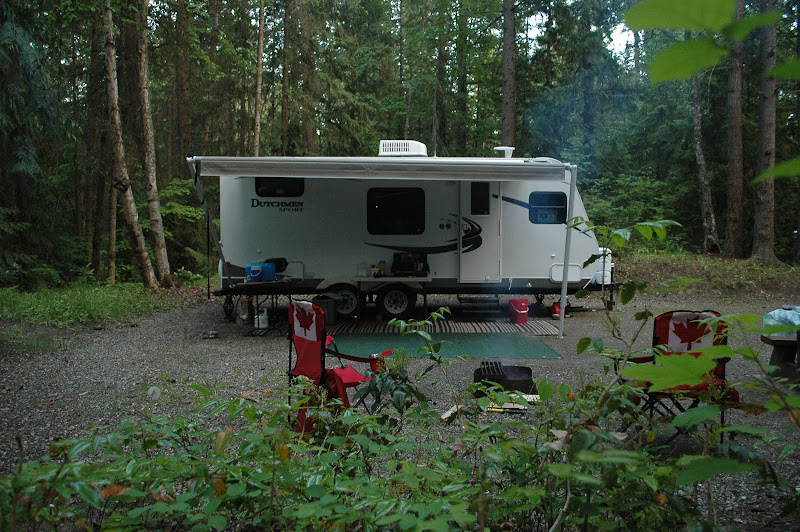