After we got off the ferry, we drove to Sooke, Vancouver Island, British Columbia, Canada, where we dry camped for four days at Spring Salmon Place (KWL-UCHUN) Campground at Sooke Potholes Provincial Park. We had a nice spot next to the river. Site #44 is not level enough for a camper, so we had to lift the camper quite a bit. There is no power, cell-phone reception or Wi-Fi.

We have camped here before, you can see photos here and here. The staff were friendly, Cold water taps are located at the campground. Pit toilets with toilet paper is provided.  There are no showers available. There are fire-pits and firewood is for sale.

We try to get into a campground before a long weekend, which was a good thing, because at the time we didn’t know it but it was U.S.A. Memorial day long weekend.

Unfortunately there were people playing music, laughing and talking till late at night, as if the sound of the river and birds isn’t music enough. 😦

Two handy tools around the fire-pit, a poker and tongs.

Erik on he’s chair.
The weather was cool and one day we had rain showers.

A Wok with chopped bell peppers, onions, mushrooms, etc. on a Single Burner Cast Iron propane Stove. The stove stands on an aluminum tray to protect the table. A piece of wood under the stove also keeps the heat from damaging the table.

Watch out for deer crossing the road on the way to Sooke Potholes Provincial Park.
We did our shopping in the town of Sooke,

“Sooke is located on the south western tip of Vancouver Island, British Columbia, Canada. It has a sheltered harbor, and is a scenic half hour drive from BC’s capital city Victoria. The Sooke region encompasses East Sooke and the District of Sooke, two communities which are joined across the Sooke Harbour and Basin. – Sooke©

“A spit or sandspit is a deposition landform found off coasts. At one end, spits connect to land, while at the far end they exist in open water.[1] A spit is a type of bar or beachthat develops where a re-entrant occurs, such as at cove’s headlands, by the process of longshore drift. Longshore drift (also called littoral drift) occurs due to waves meeting the beach at an oblique angle, and backwashing perpendicular to the shore, moving sediment down the beach in a zigzag pattern. Longshore drifting is complemented by longshore currents, which transport sediment through the water alongside the beach. These currents are set in motion by the same oblique angleof entering waves that causes littoral drift and transport sediment in a similar process.[2]” – Wikipedia

“Whiffin Spit Trail is a 2.7 kilometer moderately trafficked out and back trail located near Sooke, British Columbia, Canada that offers scenic views and is good for all skill levels. The trail is primarily used for walking, trail running, and nature trips and is best used from May until October. Dogs are also able to use this trail but must be kept on leash.” – All Trails.

While we were camping at Sooke,
we visited Victoria for the day. 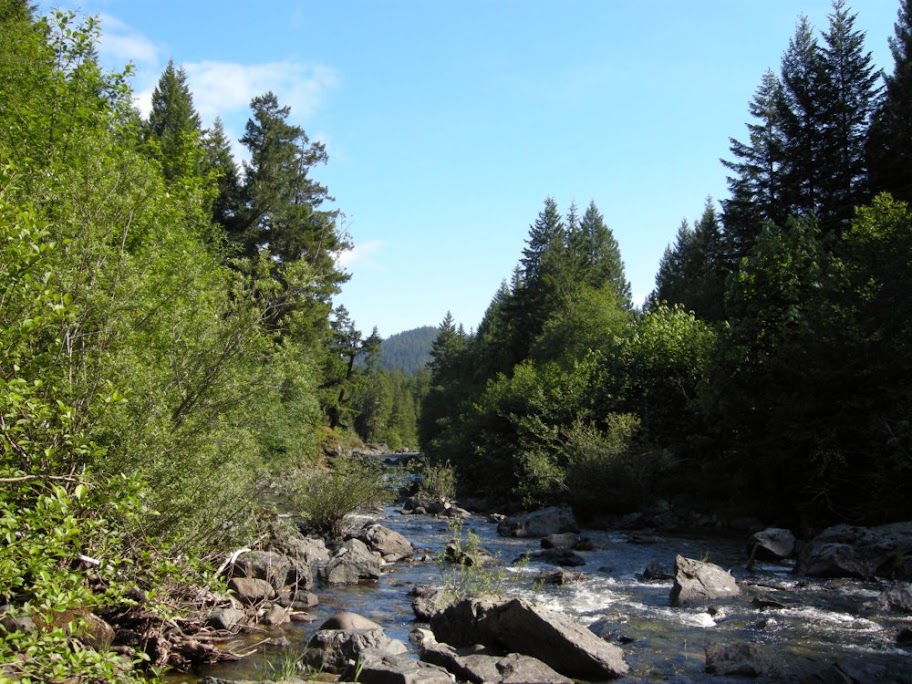 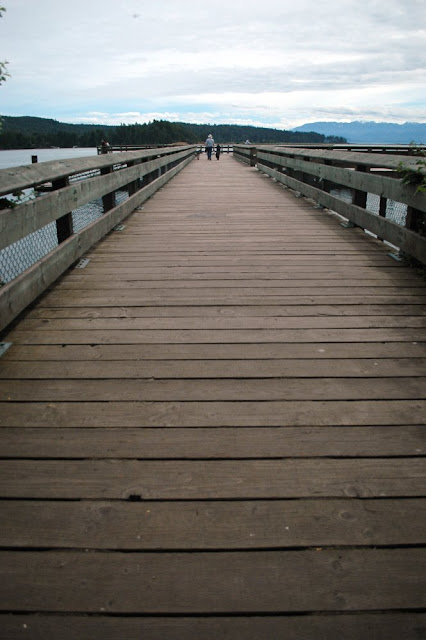 Sooke Harbour Boardwalk/Ed Macgregor Park.
“From Ed Macgregor Park that hosts a number of festivals and events, take the zig-zagging boardwalk down to the harbour where you can follow the 1100 ft wooden boardwalk along the Sooke shoreline.” – Sooke harbour marina