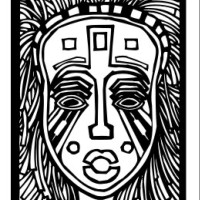 Updated: I have recently changed my blog Avatar.
It was created in Mokoroom, a Cartoon Photo Editor App.

Here are some of my previous avatars.

I thought our Recreating Old Fashioned Portraits was so much fun, we decided to update my Blog Avatar. These are some of the photos my husband took of me.

“An avatar is a visual representation of yourself, often a comic or cartoon. Instead of a photo in your blog profile, you can use an avatar!” – Dummies.

The story behind my Blog name.

When we moved to Canada from South-Africa, I needed a user name for my Email and I chose Tokoloshe, so when I started blogging I used it as my blog as well.

“In Zulu mythology, Tikoloshe, Tokoloshe or Hili is a dwarf-like water sprite. It is considered a mischievous and evil spirit that can become invisible by drinking water. Tokoloshes are called upon by malevolent people to cause trouble for others. At its least harmful a tokoloshe can be used to scare children, but its power extends to causing illness or even the death of the victim. The creature might be banished by a n’anga (witch doctor), who has the power to expel it from the area.” –Wikipedia

I adjusted the photos in Adobe Photoshop and added a vignette to make them look darker.

“The Tokoloshe myth is well known and feared in most especially by Southern African countries. Many people place their beds on bricks (some tales state that they are wrapped in paper) in order to lift them higher off the ground so that the Tokoloshe cannot hide underneath and attack them.” – Wikipedia

We started wearing old cowboy hats which we got from the thrift store for camping, we wet and then shape them.

My jewelry is made from plastic and sold for Halloween costumes.

This  is one of my previous avatars, my husband took this photo on one of our camping trips in Elk Falls Provincial Parkin May 2015, which you can see here. I changed the photo to black and white and added a vignette in Adobe Photoshop. 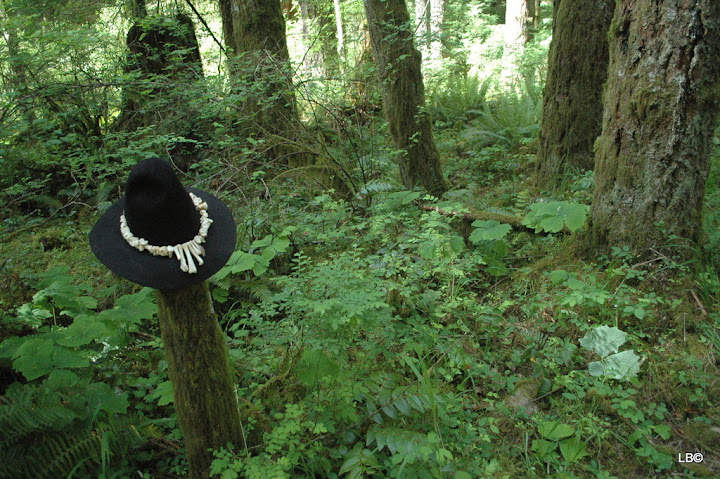 Tokeloshe’s hat in the woods, which was also taken in Elk Falls Provincial Park.

“They are considered a mischievous and evilspirit. They can become invisible by swallowing a pebble.” –Wikipedia

I used this photo as an avatar for a while, it was taken while camping during Canada Day Long Weekend.South Africans say I look more like Liewe Heksie (Afrikaans for “Beloved Little Witch”) an Afrikaans work of fiction created by children’s book author Verna Vels in 1961- Wikipedia

Some of the bloggers I’ve known for a while will recognize some of my earlier avatars, I seem to be always wearing a hat.

This was my first Blog Avatar which I made with an Africa ding from House of Lime.

“Every African knows what a Tokoloshe is.” –Wikipedia

You can see more of the Blog Graphics I have made here. 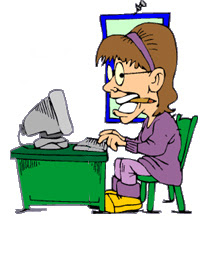 How did you choose your avatar, I would love to hear ?

WHY YOUR AVATAR MATTERS

The story behind my Blog name.