“The Arrow Lakes Ferry Service offered by the Provincial Government of British Columbia is a free service to the travelling public.” – Arrow lake ferry

Kris waiting in the truck, as it was cool, it was easier to leave the dogs inside. There were people with dogs on leashes, on the deck. Kris is a Belgian Shepherd (Groenendahl) German Shepherd Cross female.

Our Dutchman camper in the next lane.

“The M.V. Columbia runs across Upper Arrow Lake, 49 kilometres south of Revelstoke on Highway 23, between Shelter Bay (west side) and Galena Bay (east side).

Here I am on the ferry, which has bathrooms as well.

“The Arrow Lakes in British Columbia, Canada, divided into Upper Arrow Lake and Lower Arrow Lake, are widenings of the Columbia River. The lakes are situated between theSelkirk Mountains to the east and the Monashee Mountains to the west. Beachland is fairly rare, and is interspersed with rocky headlands and steep cliffs. Mountain sides are heavily forested, and rise sharply to elevations around 2,600 metres.” – Wikipedia 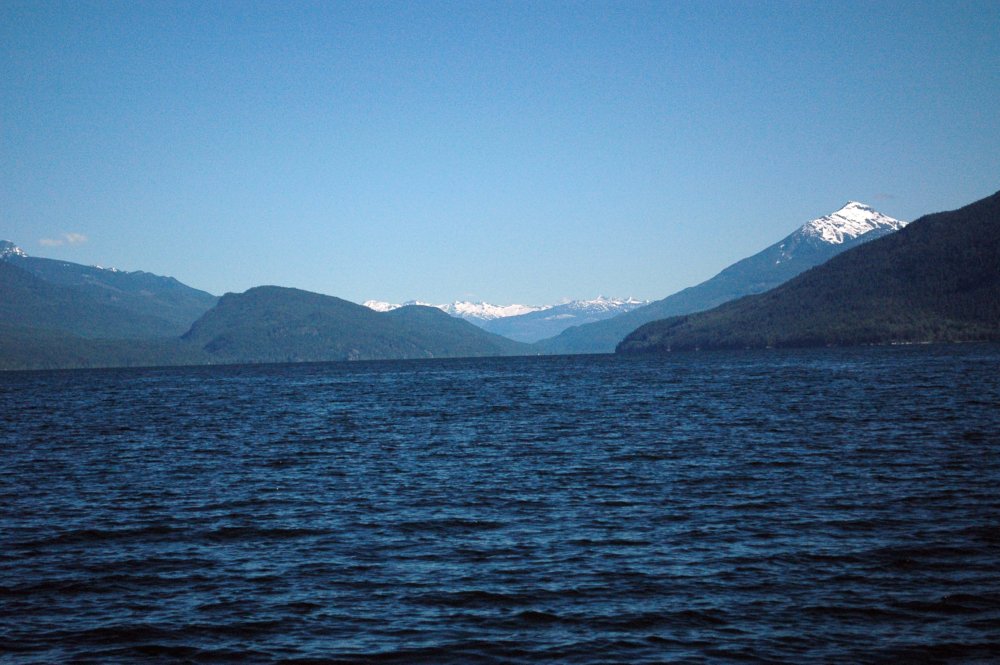