While we re camping at Elk Falls Provincial Park, near Campbell River on Vancouver island, British Columbia, Canada, we visited Tyee spit quite a few times as the view was spectacular and it was a great walk for the dogs. Something that I liked about Campbell river was that many of the stores were decorated with First Nations Art work. The staff at the visitor center were very friendly and helpful. There is a coin operated laundromat with large washers driers, Wi-Fi and detergent for sale. There are many stores like Staples, Walmart, Save on Foods, etc.

“A spit or sandspit is a deposition bar or beach landform found off coasts. It develops in places where re-entrance occurs, such as at cove’s headlands, by the process of longshore drift and longshore currents.” – Wikipedia

“The First Nations people had fished for Tyee for unknown ages prior to the coming of Europeans. They used several methods including spears and hand lines, from dugout canoes, as well as traps. They were adept at catching fish as well as being truly conservationist in practice. The first white men who fished here expressed great admiration for their skill.” – Tyee Fishing Club

“Named one of the top five quality of life destinations in North America, Campbell River offers a balanced lifestyle surrounded by nature. With the waters of Discovery Passage at our shoreline and majestic mountains as a backdrop, ..more–

“Some citizens of the Laich-Kwil-Tach Nation have had a 2,000-year long journey to get back to their people, according to carbon dating.

On Thurday, members of the Nation transferred the remains of some of their ancestors to their rightful place beside their families in the Campbell River Indian Band’s cemetery near Discovery Marina. They had been retrieved from the University of British Columbia, Simon Fraser University and the Royal BC Museum, which had been studying them.” – Campbell River Mirror.

“Canada’s first salt water fishing pier is located next to the Government Wharf. It extends 150 feet from the shore and is 600 feet long. Rent fishing equipment or bring your own. And who can resist ice cream or fish’n chips?”- Campbell River.

“In 1993, to celebrate 10 years of twinning with our sister city, Ishikari, Japan, Campbell River was presented with a Torii Gate. A Shinto tradition in Japan, Torii gates recognize a special location or place. The gate is located in Sequoia Park across from the Museum at Campbell River.” – Campbell River.

“Campbell River’s 10th anniversary gift to Ishikari was a totem pole carved by renowned artist Bill Henderson.”-Campbell River.located  in Sequoia Park across from the Museum at Campbell River.

“The mythical bird Kolus, akin to the Thunderbird, tops the pole with attached outstretched wings and a XwiXwi, part of Comox history, is on it’s chest. K’How-’ Jes, the Grizzly Bear, holds I-a-Hos-kin (canoe) and sits above Dzunukwa, a wild woman of the woods.” – Comox Airport

“The totem pole was carved by the Kwakwala Arts and Crafts organization in Alert Bay in 1966. It was created as part of a project to establish the Route of Totems on Vancouver Island. Nineteen poles were created, all with the Grizzly Bear used as the dominant element.” 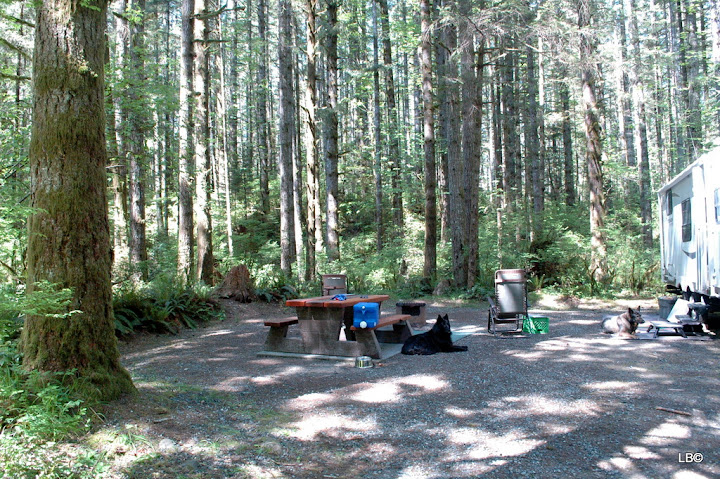