We camped for three nights at Rathtrevor Provincial park, in Parksville on Vancouver Island, British Columbia, Canada during our 2015 Vacation.

We have stayed at Rathtrevor Provincial park before, the campgrounds are beautiful, clean, private and quite. The staff was friendly and helpful. The ablutions were very clean, the hot showers are great, but they work on a timer, so that you have to keep pushing a button. This is a very popular campground, so make sure that you book ahead in season and over weekends.

“Rathtrevor takes its name from the Rath family who homesteaded on the land in the late 19th century. The family eventually established a private campground on the site, adding the “trevor” to give it a more romantic name. In 1967, the campground became a provincial park”- Wikipedia.

We saw seals and many birds like Herons, seagulls, etc.

“The Strait of Georgia lies between Vancouver Island and the British Columbia mainland, with the Canada-US border running to its south. It is about two-thirds the length of Vancouver Island, running from its southern tip, north to where its waters narrow to almost meet the mainland coast. This northern area is choked with small islands and rapid tidal passages. Beyond that point, Johnstone Strait stretches northwest to meet Queen Charlotte Strait, then the open Pacific Ocean.” – Georgia Strait.

“At low tide the ocean recedes almost a kilometre, providing an ideal place for visitors of all ages to play in the sand and explore the shoreline. When the tide rolls in over the sun-baked sand, the warmed water is unbeatable for swimming and salt water fun.” – B.C Parks

Dinner consisting of “pap” (Maize Porridge) cooked in a cast Iron “potjie” (pronunciation “poy-key”), “smoor-sous” (A South African tomato and onion sauce), fried eggs and lamb-chops. The egg rings, keep the eggs round and prevent them from running into the sauce.

While we camped there we visited Qualicum, Goats on the roof, Coombs, Nanaimo, etc. More coming soon. 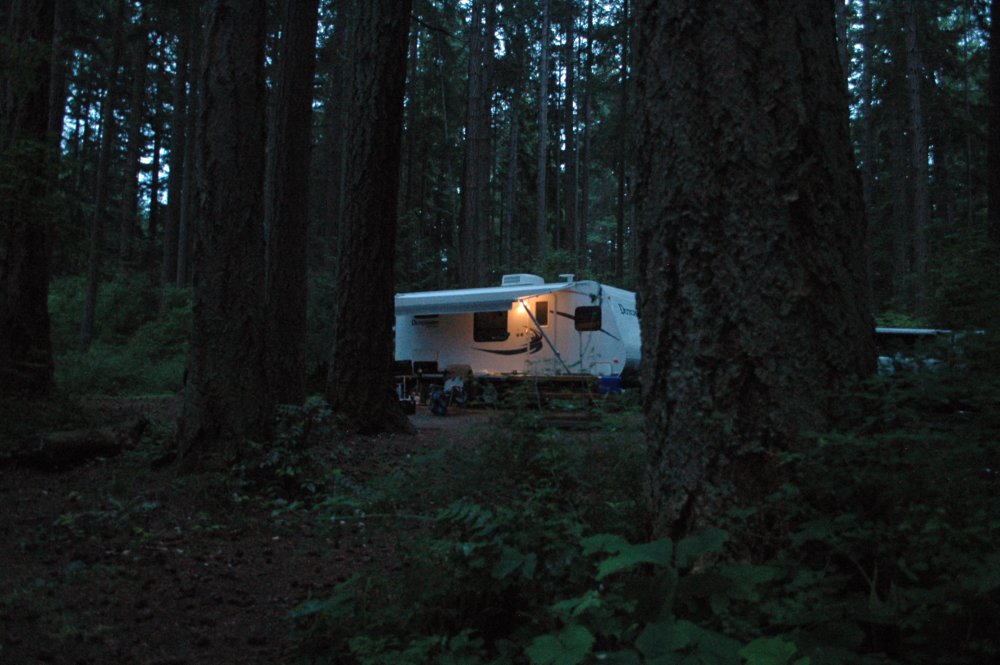