Banff National Park, Alberta, Canada. This photo was taken through our car’s window.

Wildlife corridor in Banff National Park, Alberta, Canada. This photo was taken through our car’s window.

“These crossings consist of underpasses and overpasses. They allow wildlife to safely cross over the highway and expand their movement and their home-range.” – Friends of Banff

“Simply defined, a wildlife corridor is a protected route that allows wildlife to move safely between areas of suitable habitat. In the Banff area, corridors are typically narrow, funnel-shaped tracts of land between the developed areas and the steep mountain slopes. ” – Parks Canada.

Inside avalanche tunnel. This photo was taken through our car’s window.

“If you are travelling between Revelstoke and Golden near the British Columbian/Alberta border, you will drive through 5 protective tunnels that help to redirect avalanche flows and you run the possibility of prolonged travel time because of highway closures.  This area undergoes significant daily monitoring, avalanche forecasting and bombing to help keep avalanches under control and to help keep our travellers and railway workers free from these deadly avalanches.” – The University of British Columbia Geography 376, GIS Group Project.

We went on a vacation for three weeks with our  camper. We traveled from Calgary via Banff National Park, Alberta, Canada to Nakusp, British Columbia, Canada on a sunny day. 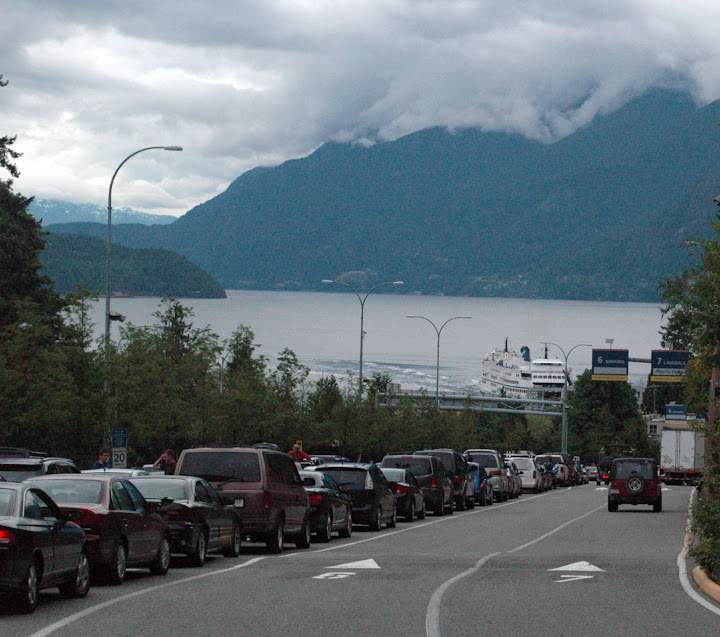