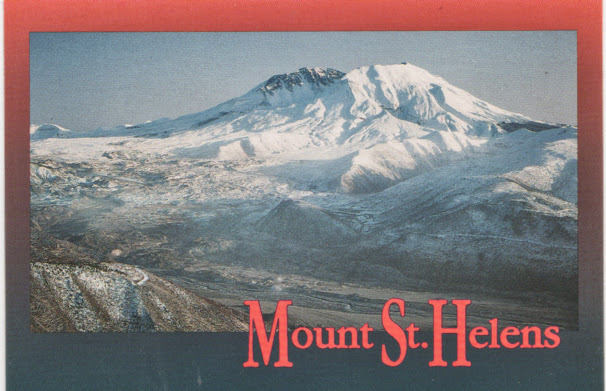 While we camped at Ohanapecosh we visited Mount St. Helens, in Washington, U.S.A. Unfortunately it was a smoky and hazy day, so my photos weren’t that good and I had problems with my camera. Fortunately I had bought a postcard. 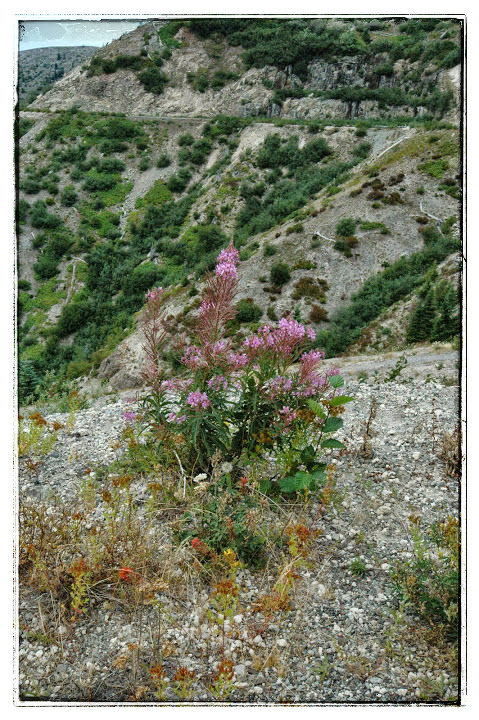 I have added some special effects to our photos for a change, which I hope you will like.

“Mount St. Helens, located in southwestern Washington about 50 miles northeast of Portland, Oregon, is one of several lofty volcanic peaks that dominate the Cascade Range of the Pacific Northwest; the range extends from Mount Garibaldi in British Columbia, Canada, to Lassen Peak in northern California. Geologists call Mount St. Helens a composite volcano (or stratovolcano), a term for steepsided, often symmetrical cones constructed of alternating layers of lava flows, ash, and other volcanic debris. Composite volcanoes tend to erupt explosively and pose considerable danger to nearby life and property. In contrast, the gently sloping shield volcanoes, such as those in Hawaii, typically erupt nonexplosively, producing fluid lavas that can flow great distances from the active vents. Although Hawaiian-type eruptions may destroy property, they rarely cause death or injury. Before 1980, snow-capped, gracefully symmetrical Mount St. Helens was known as the “Fujiyama of America.” Mount St. Helens, other active Cascade volcanoes, and those of Alaska form the North American segment of the circum-Pacific “Ring of Fire,” a notorious zone that produces frequent, often destructive, earthquake and volcanic activity.’ – Mount St. Helens 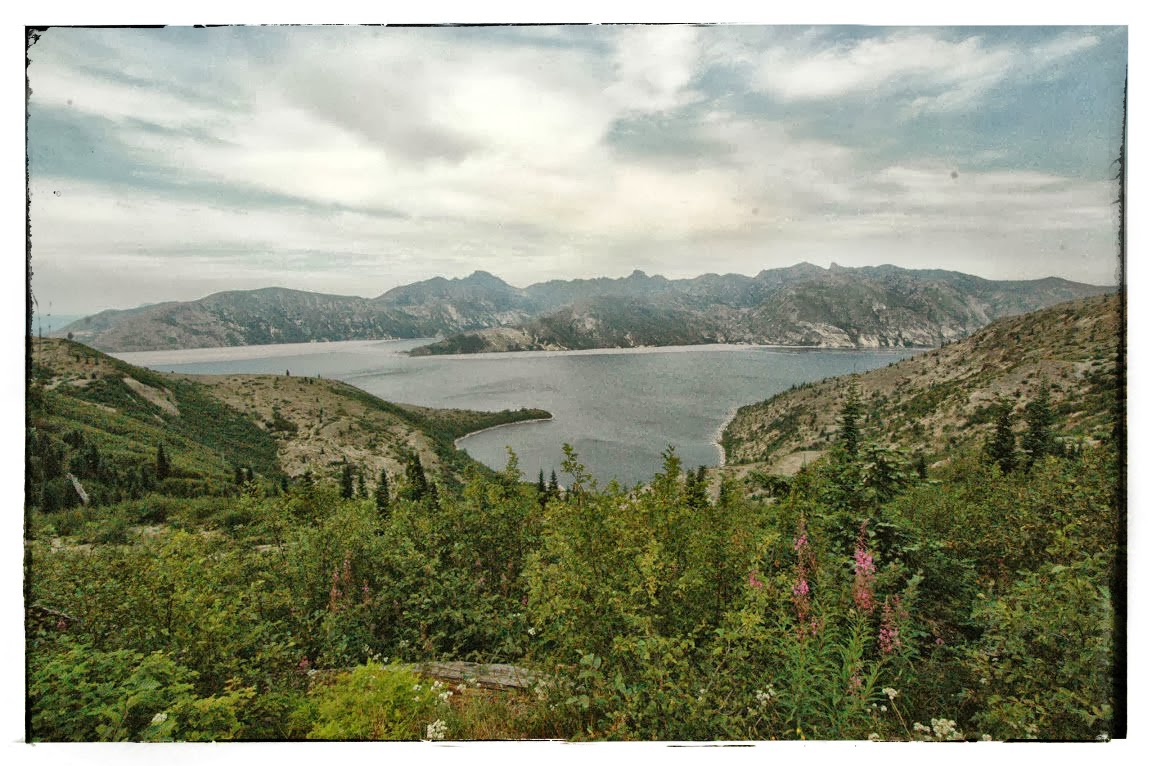 “The lake was a popular tourist destination for many years until the 1980 eruption of Mount St. Helens. With the eruption and resultingmegatsunami, thousands of trees were torn from the surrounding hillside after lake water was displaced 800 feet up the hillside. Lahar and pyroclastic flow deposits from the eruption then blocked theNorth Fork Toutle River valley at its outlet, raising the surface elevation of the lake by over 200 ft (60 m). The newly raised lake, once it reappeared, was also 10 percent smaller and much shallower.” – Wikipedia 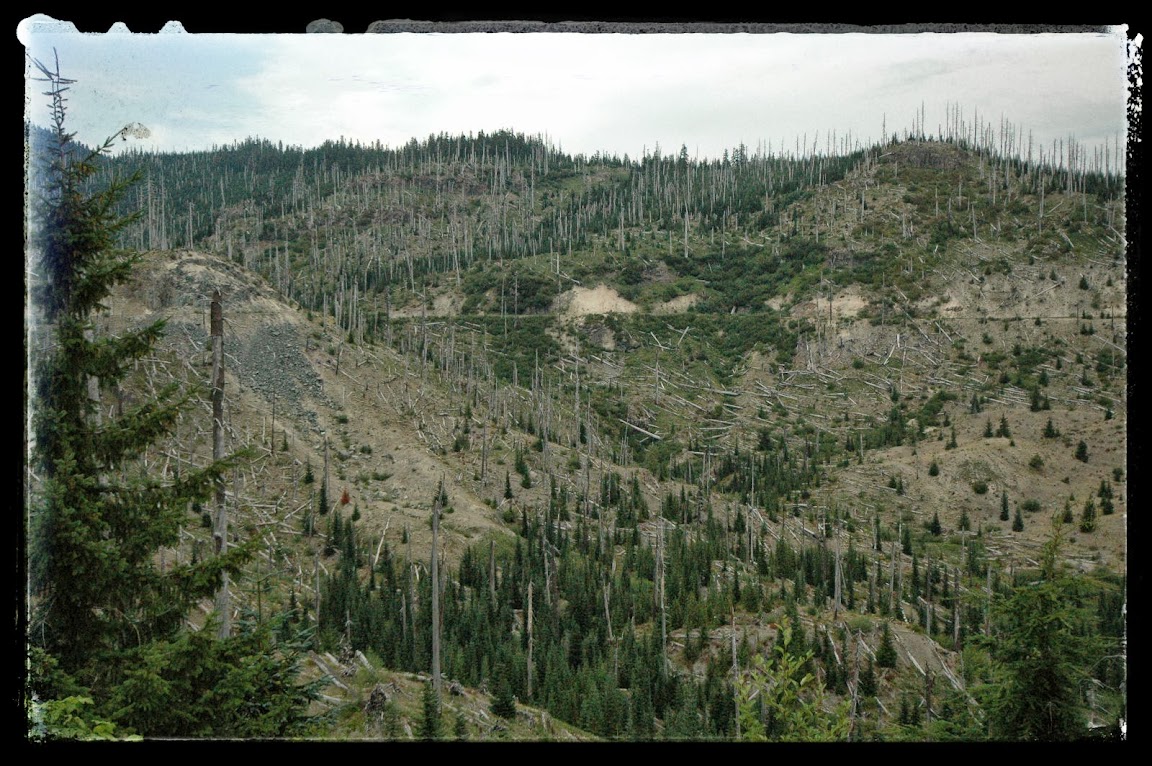 A $10 parking permit is required.

“Mt. St. Helens had been surrounded by a lush forest of coniferous trees and numerous clear lakes before the blast. The eruption felled entire forests, leaving only burned tree trunks all flattened in the same direction. The amount of timber destroyed was enough to build about 300,000 two-bedroom homes. A river of mud traveled down the mountain, caused by melted snow and released groundwater, destroying approximately 200 houses, clogging up shipping channels in the Columbia River, and contaminating the beautiful lakes and creeks in the area.” – About.com 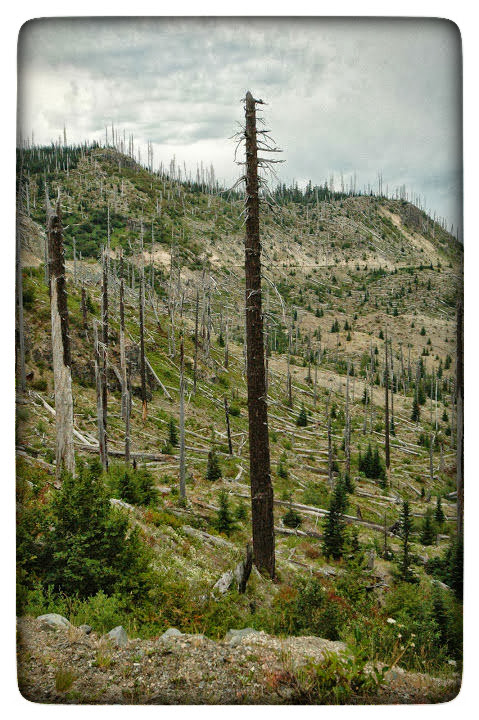 We collected some Pumice and ash.

Please click on photos for larger images. All photos Nikon © 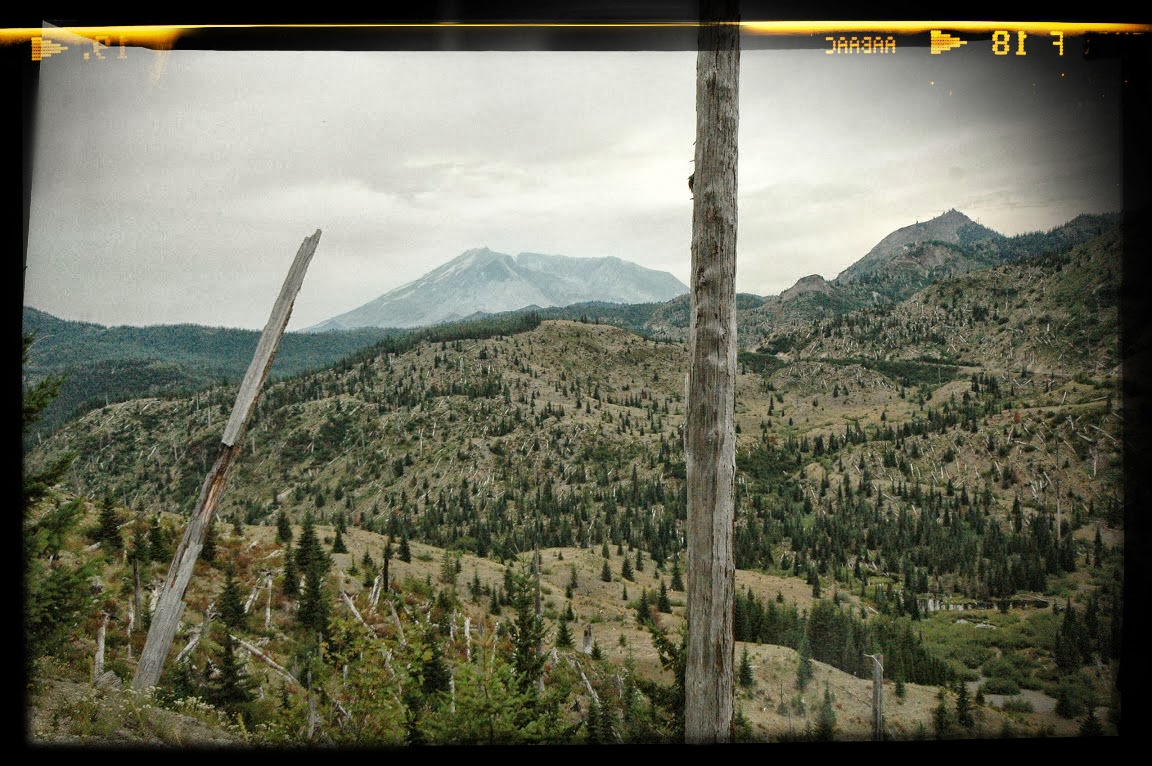 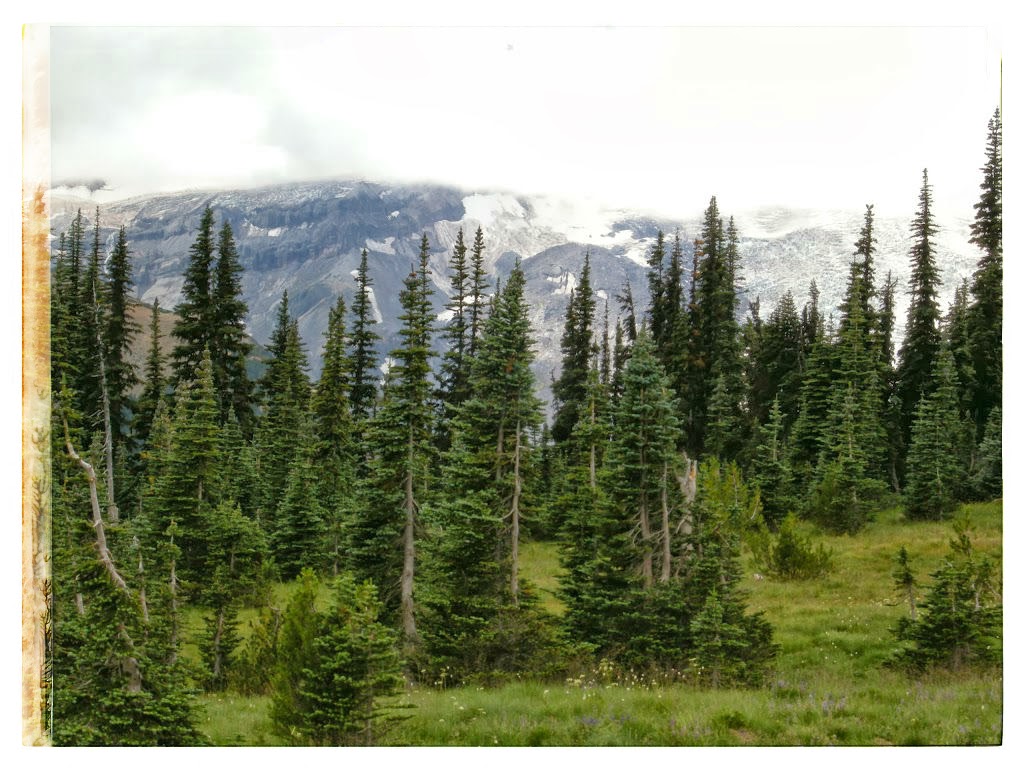 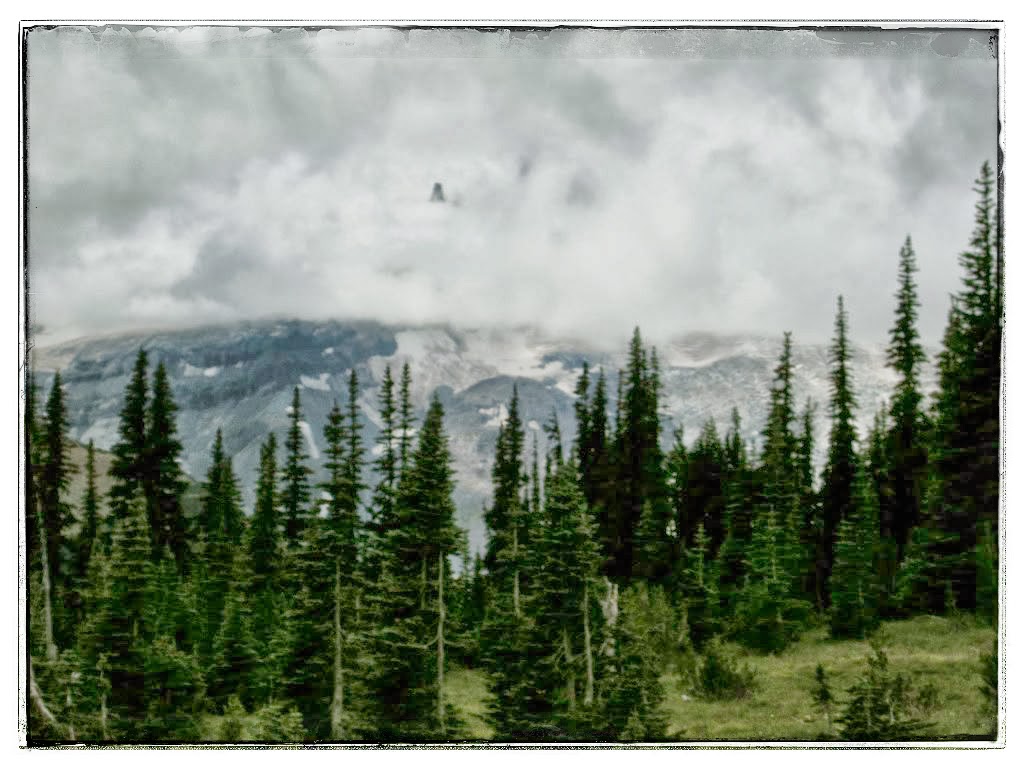 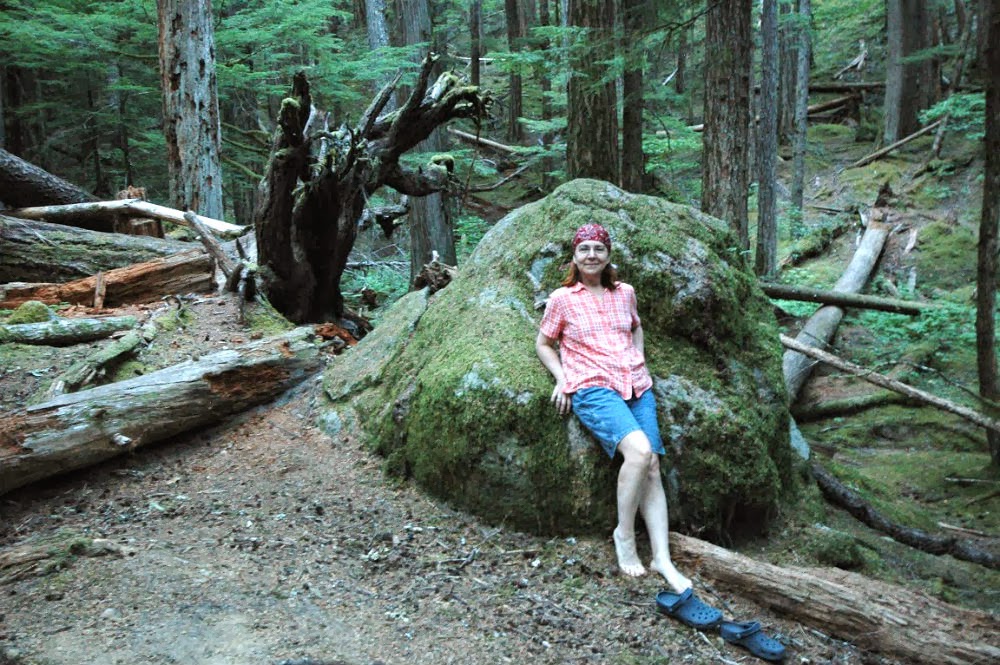