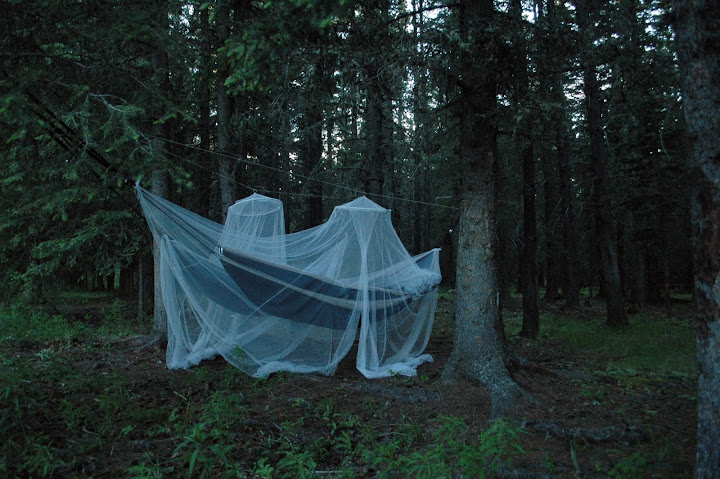 In the open air. 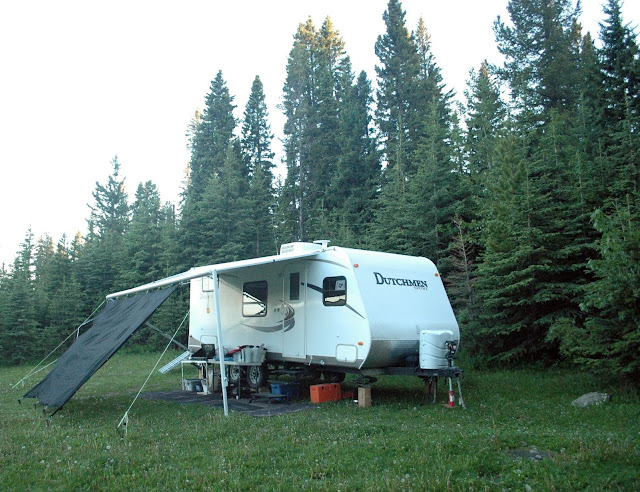 We went Boondocking again for a few days at a spot we call Meadows in the Bearberry Valley on crown-land, near Sundre, Alberta, Canada.  We love our shade-net, which fastens onto the canopy, provides shade, helps keep the mosquitoes out, is a wind-breaker and gives privacy when we camp in campgrounds. Please click on photos for larger images. All photos were taken with a Nikon D70 camera © 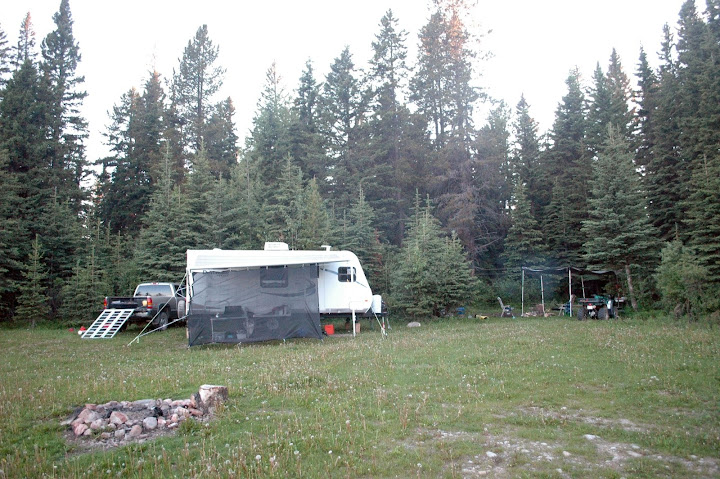 The weather was lovely and the mosquitoes and flies weren’t too bad despite all the rain we had recently. Even though we didn’t expect rain, we put our tarp up, by the fire-pit, which also gives shade. Someone had removed the Tepee Poles, but we fortunately had tent-poles. 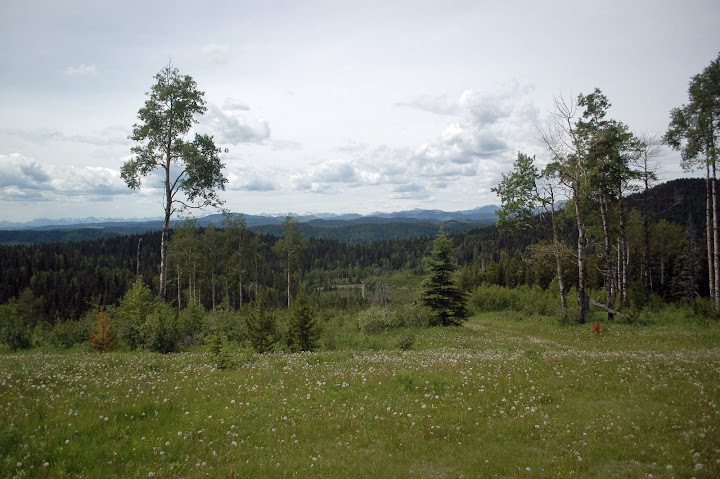 The view of the mountains, which is only a short walk from our dry camp. 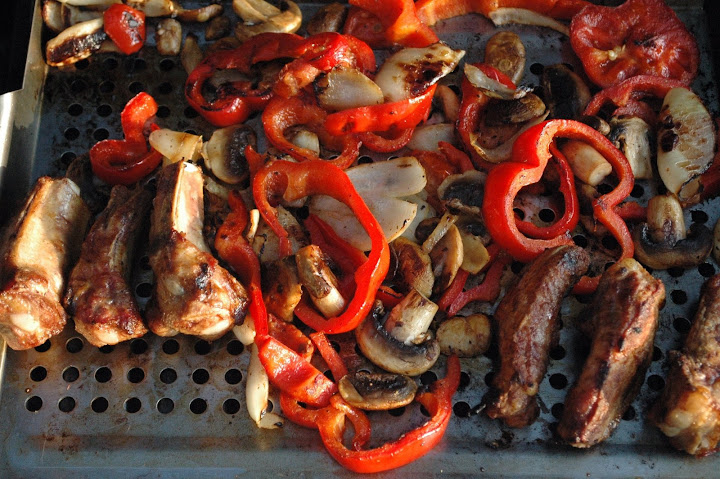 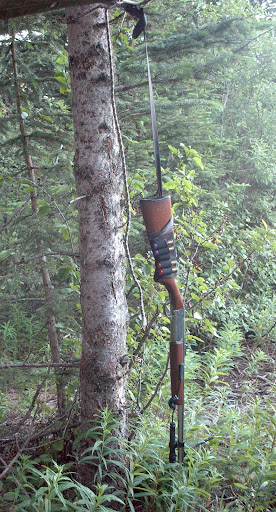 Despite the Canada Day long weekend we were the only people camping in the area, so we have to be vigilant, as we once spotted a cougar in the area. We always have bear-spray, a rifle, a hunting knife and Walkie Talkies close by. Hubby hangs the rifle from a branch with a flashlight attached. 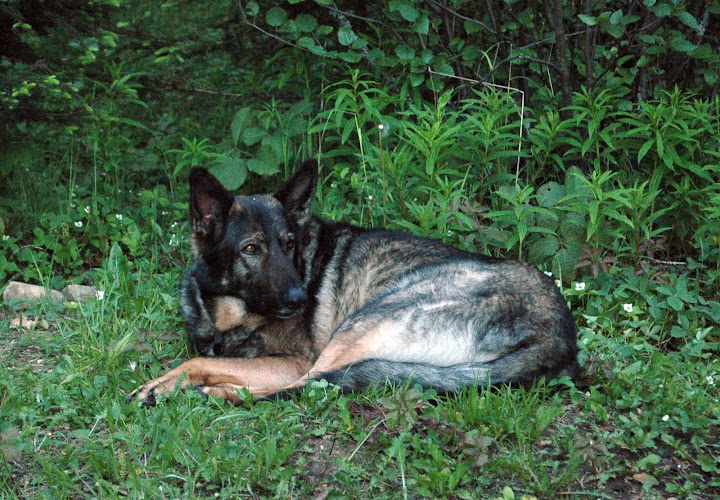 The dogs loved it as usual. 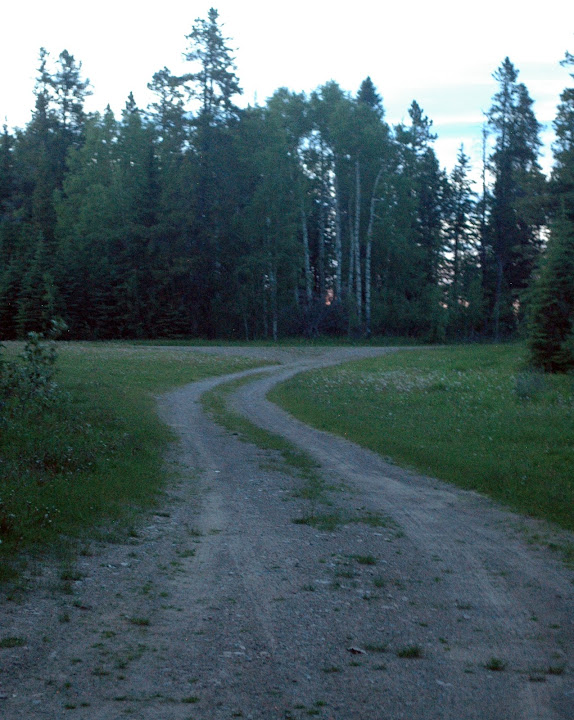 “Dry camping is simply camping without hook-ups for power, water or conveniences. Overnighting in a truck stop or Wal-Mart parking lot is dry camping, but most serious dry campers seek out the backcountry and wilds of nature. ” – Woody’s RV 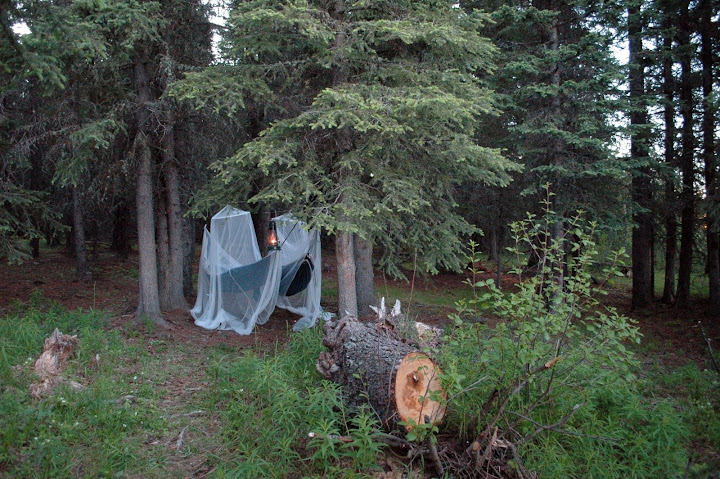 Even though we have a camper, we slept in hammocks one evening. We slept very well, as it was quite warm, we heard the birds singing, saw the moon above and a beautiful sunrise. It was wonderful and we can’t wait to do it again. 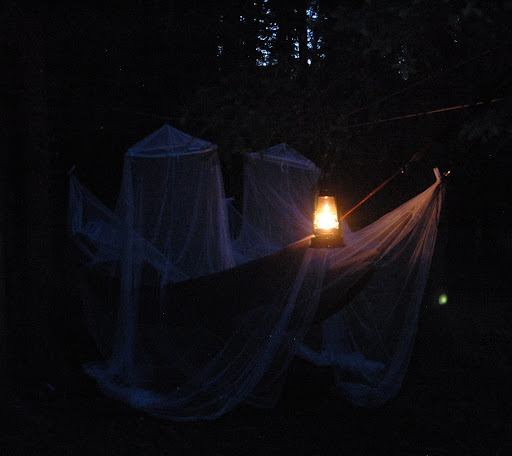 The lantern is filled with Citronella oil, which gave light throughout the night and kept the insects away.We got the hammocks a few years ago from Jysk and they are made from parachute material. The mosquito nets are from Ikea and really worked well. 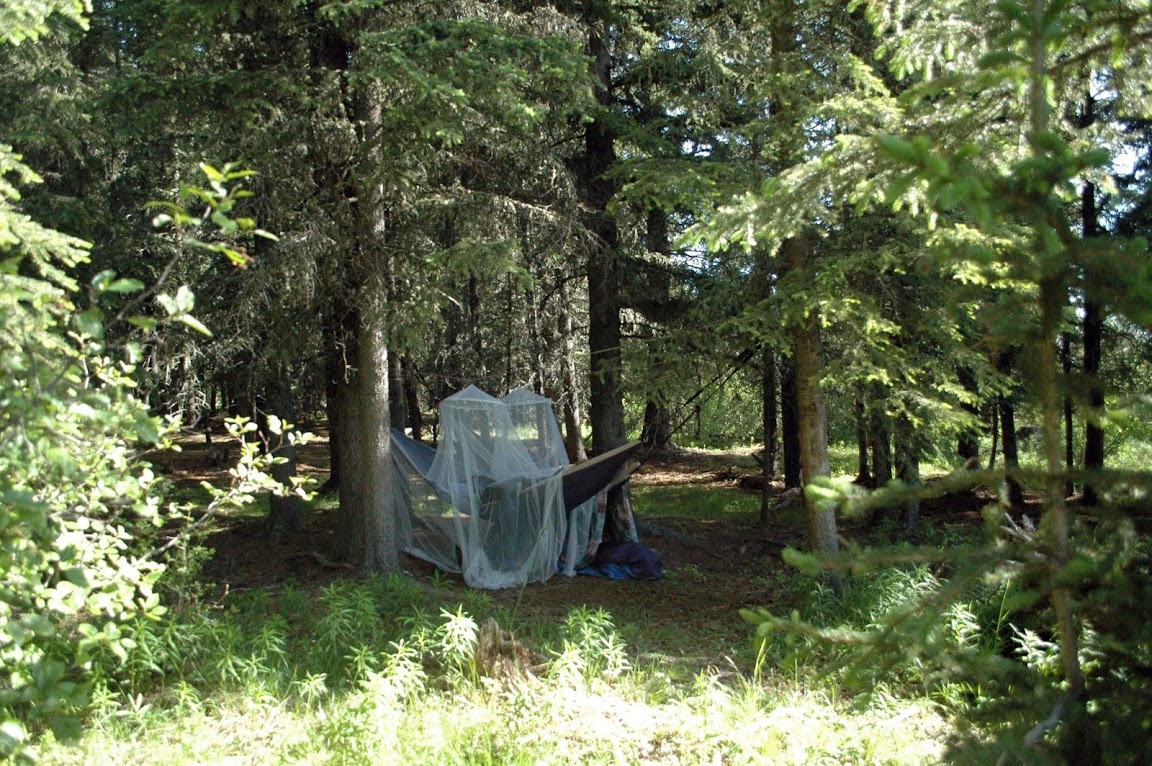 The next morning, the sleeping bags tumble out of the hammock. 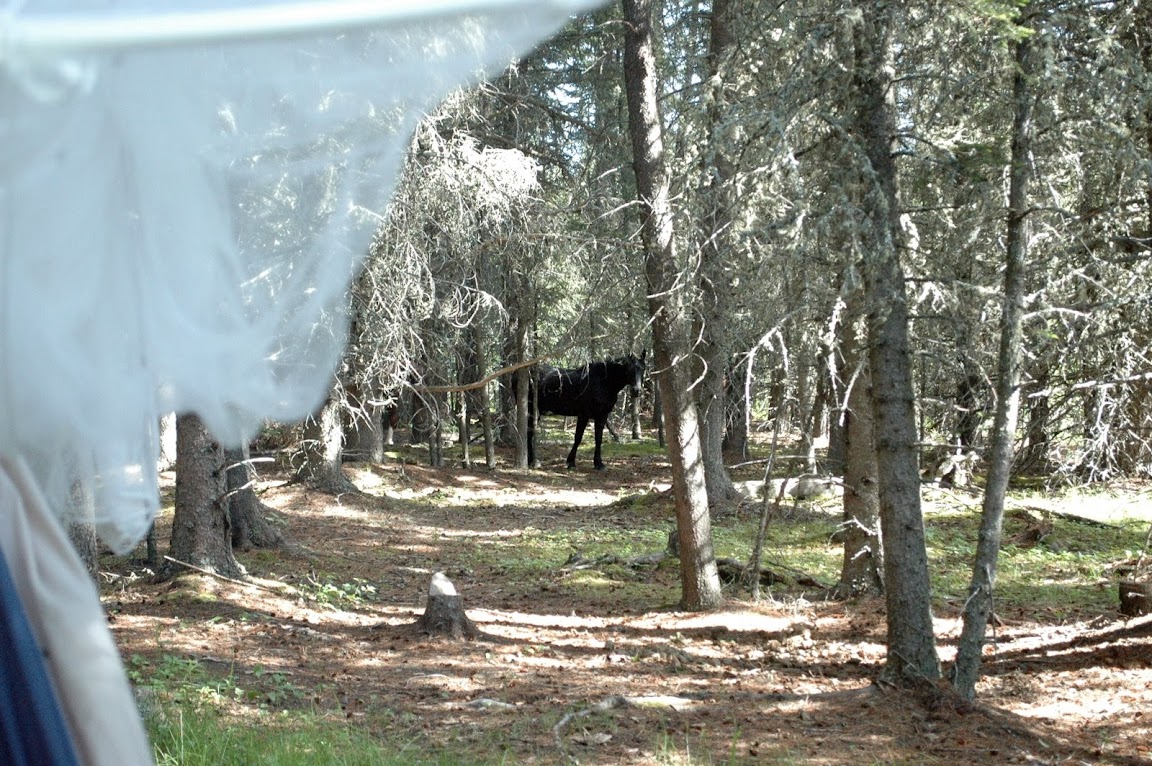 The feral horses come investigate, you can see the hammock and mozzie net on the left. 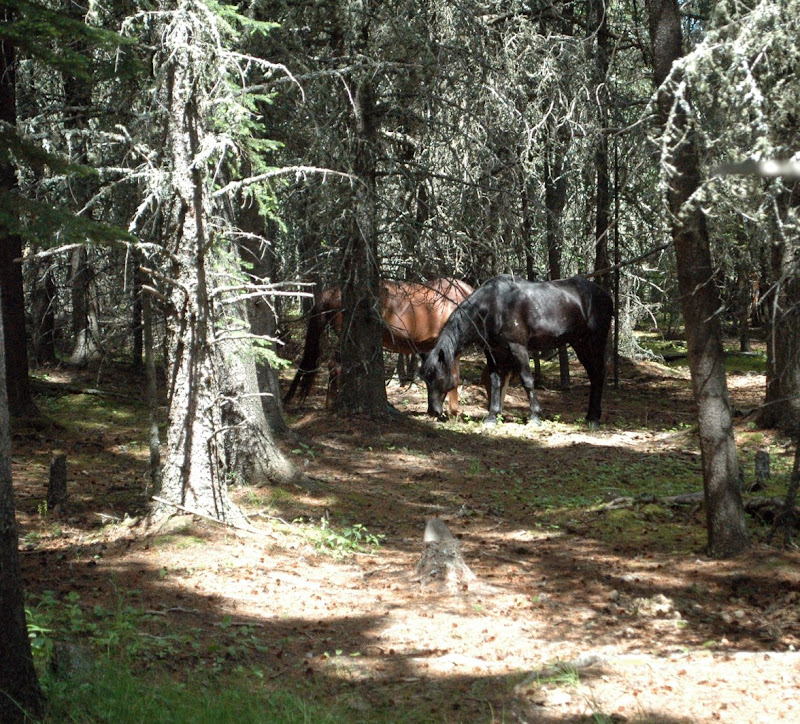 They come so close that I can see the mosquitoes around them, it is wonderful that they accept us. Can it get any better? 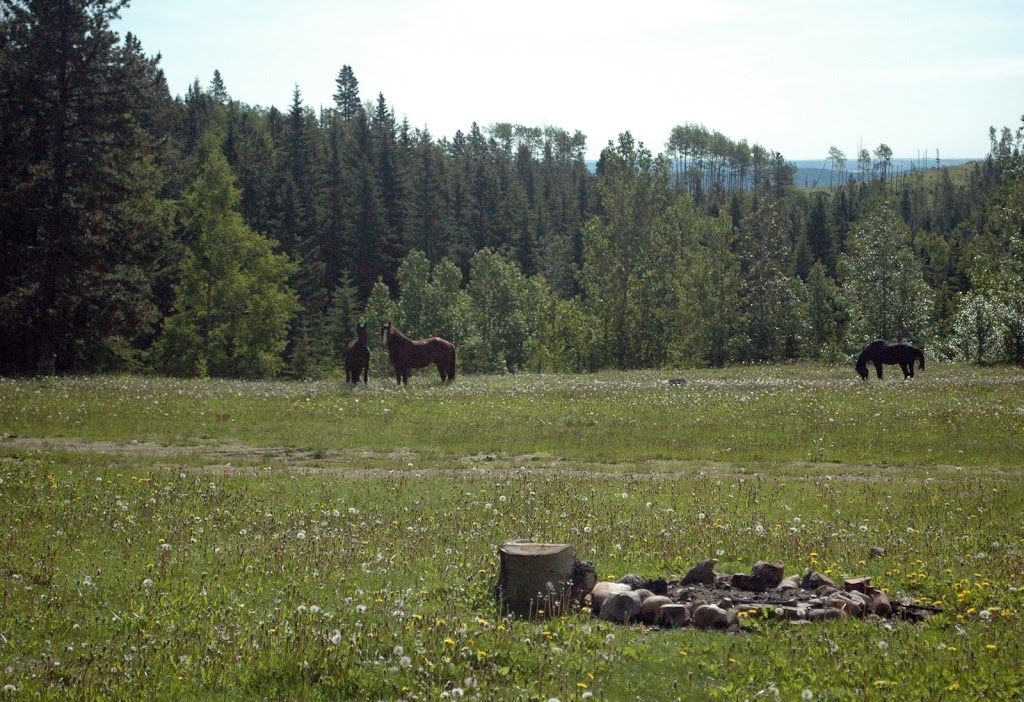 View from our camper.

“Wild horses” or “feral horses”? The debate rages on in Alberta, Canada. The provincial government believes that the wild horses west of Sundre, Alberta are the descendants of domestic horses used in logging and guiding/outfitting operations in the early 1900’s. The Wild Horse Society of Alberta (WHOAS) believes that they are of Spanish descent. WHOAS is so sure of this that they have sent away DNA samples to the University of Texas, Equine Genetics Lab for testing.” – Wild Horses Of Alberta. 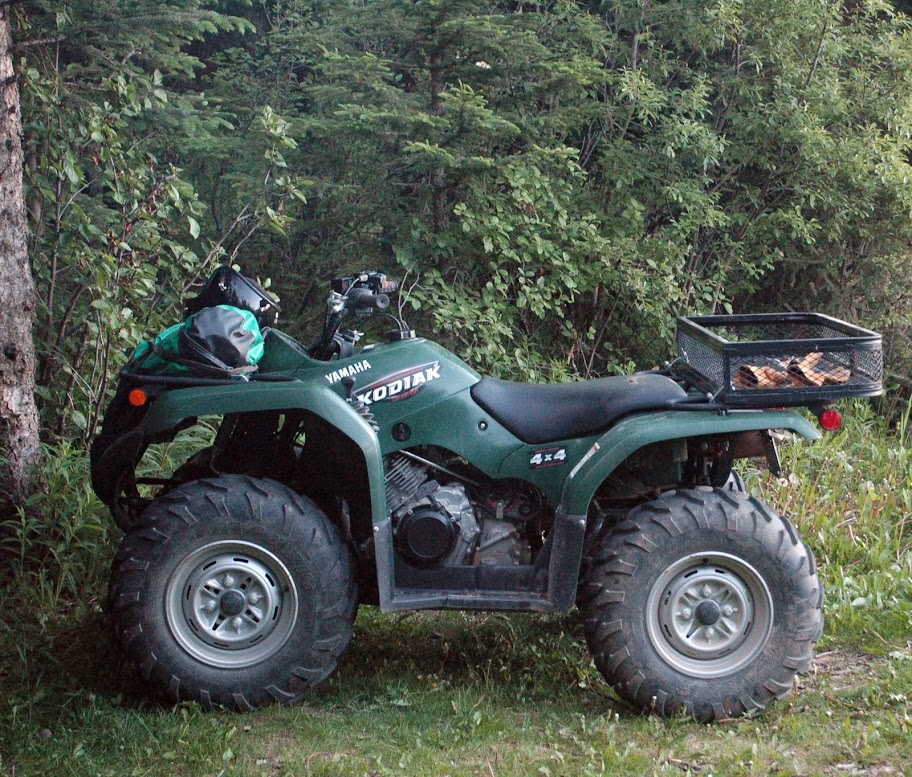 “One dictionary defines boondocks as slang for rough backwoods or bush country. The term boondocking, also known to RV enthusiast as dispersed camping, dry camping or coyote camping, is used to describe camping in the midst of nature without the use of commercial campgrounds and hookups.” – Boondocking guide.com 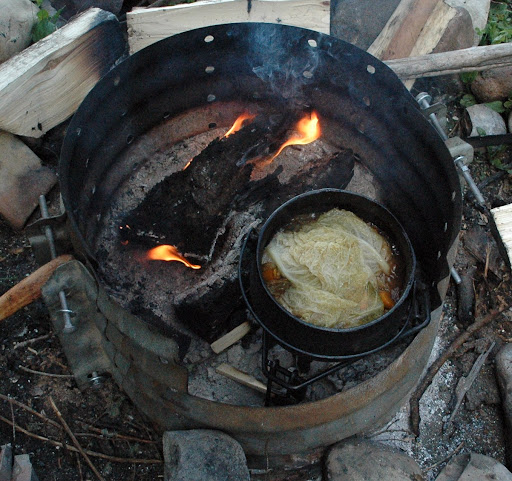 Hubby made delicious Potjie-kos with pork, potatoes, tomatoes, cabbage, mushrooms, garlic, herbs, spices, Bell Peppers, etc. We had the stew with Sourdough bread. We bring along our own fire-pit, which we find much easier and safer. 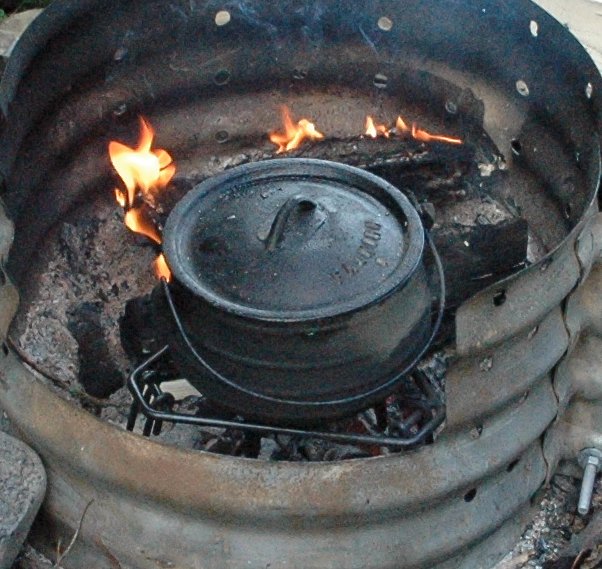 “Potjiekos” ( literally meaning pot-food) has been part of South Africa’s culture for many centuries. When the first Dutch settlers arrived in the Cape, they brought with them their ways of cooking food in heavy cast iron pots, which hung from the kitchen hearth above the fire.” – South Africa Tours 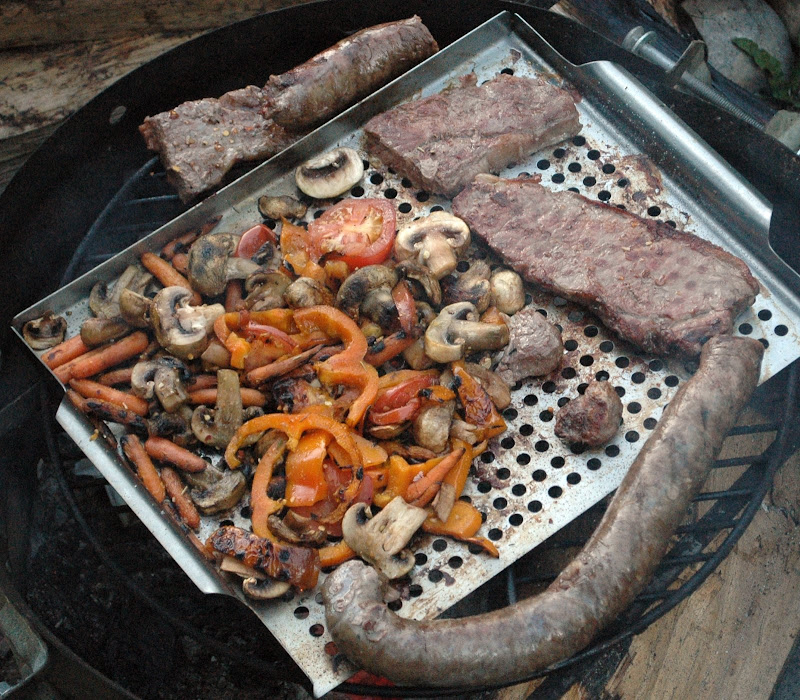 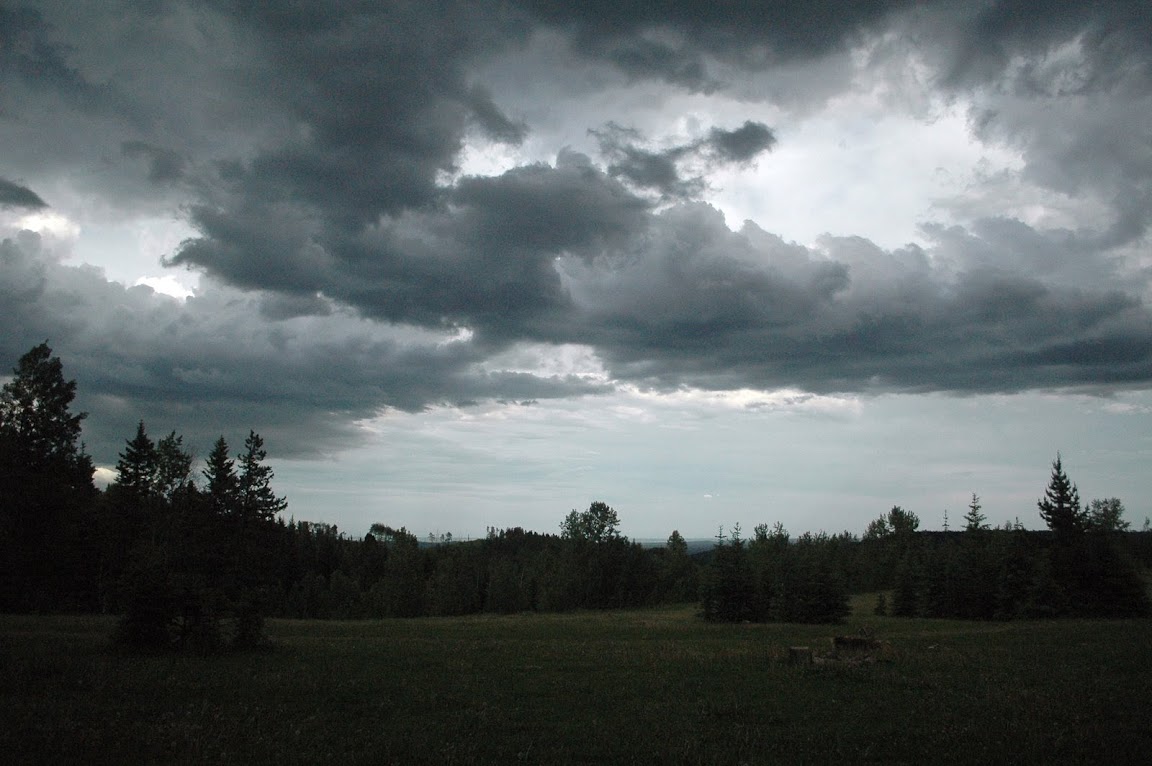 After a hot day we had a thunderstorm and we were we glad that the tarp was up. 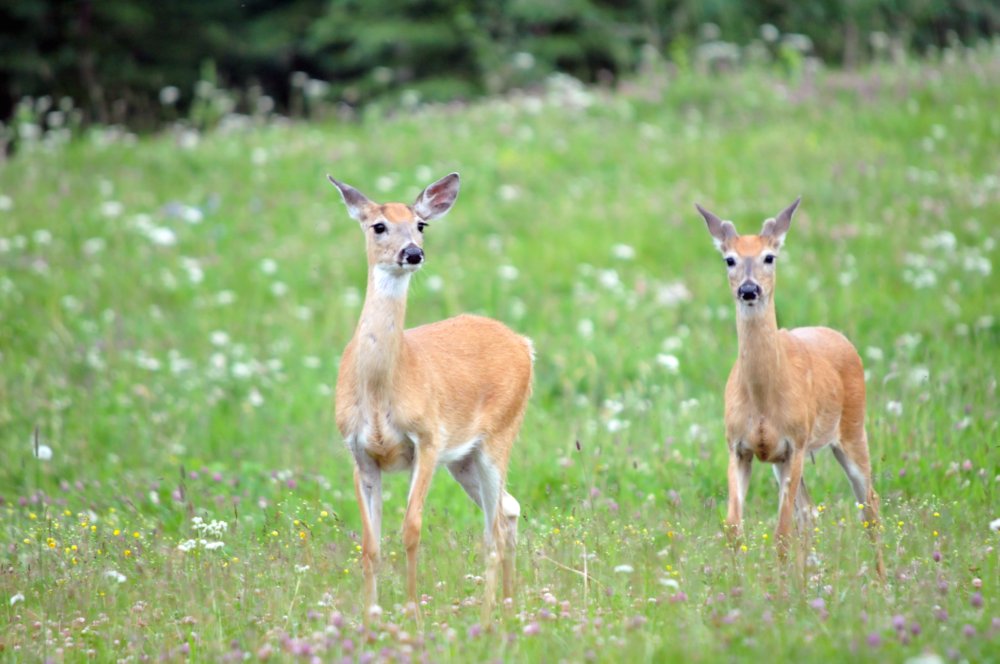