This is page one of a two page traditional scrapbook-layout which I created in June 2013. The 12″ x 12″ layout was taken by me with a Nikon D70 camera ©

This is page two of the layout, the photos are of my husband and I. They were taken at Bowring Park, St. John’s, Newfoundland, Canada. They were some of the photos taken at our son and daughter in law’s wedding, which took place on a rainy day in July 2007 and were taken by Nate Gates The font I used was Lucida Handwriting.

“Bowring Park, located in the Waterford Valley, St. John’s, Newfoundland, Canada, is one of the most scenic parks in the city. Entrance to the park is via Waterford Bridge Road, passing a sculptured duck pond and a statue of Peter Pan.”- Wikipedia. 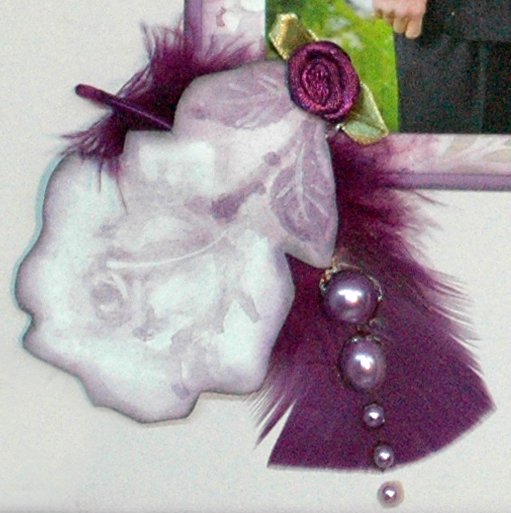 This is a close up of  the feather, faux pearls,  fabric flower, 3 D decoupage, etc. 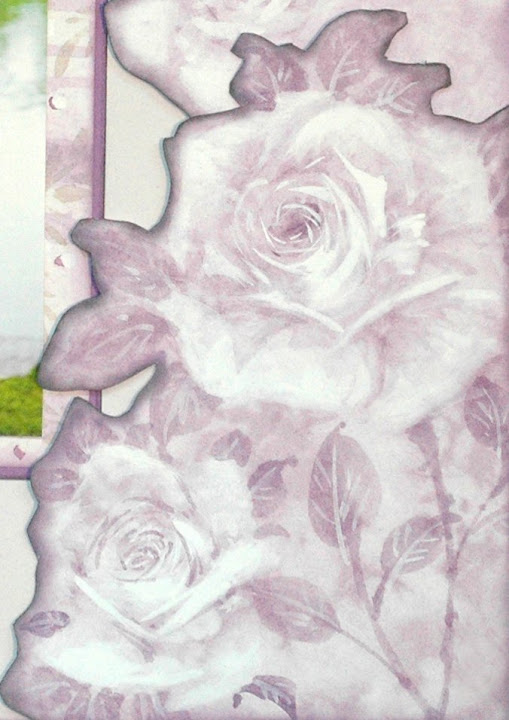 This is a close up of  one of the patterned papers by Make it Special which I used for the 3 D decoupage .

“3D decoupage (sometimes also referred to simply as decoupage) is the art of creating a 3D image by cutting out elements of varying sizes from a series of identical images and layering them on top of each other, usually with adhesive foam spacers between each layer to give the image more depth.” – Wikipedia

This is a close up of  another of the patterned papers, which is also by Make it Special.

This is a close up of the border, which was inspired by Gabrielle Pollacco.

Tutorial: How to draw back paper edges by Gabrielle Pollacco. 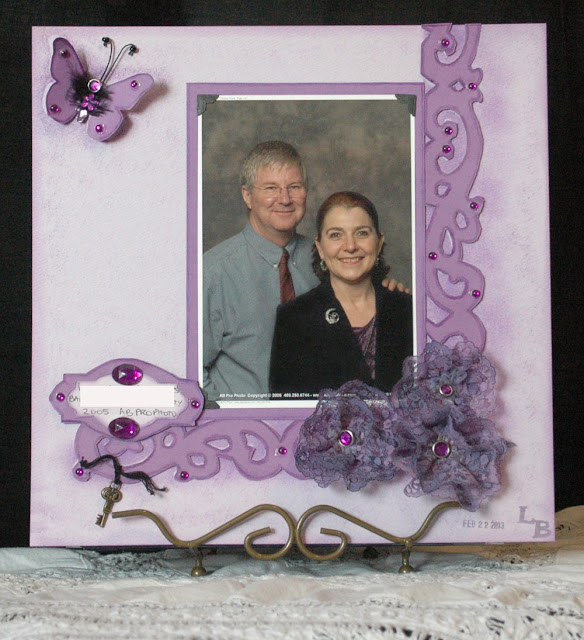