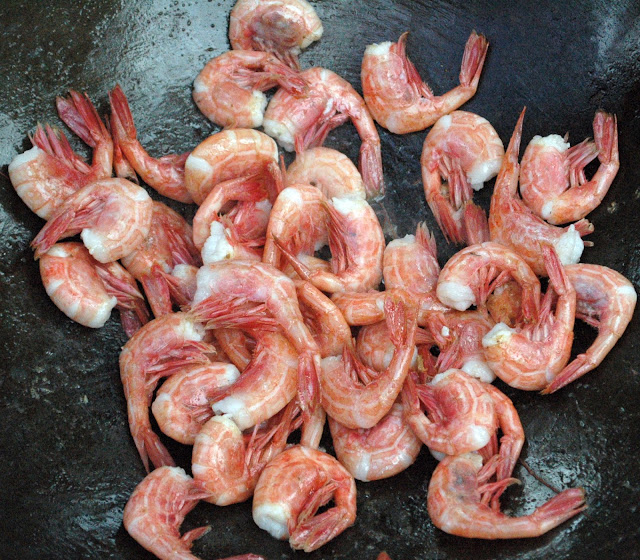 These are some of the foods we cooked while camping on our recent vacation to British Columbia, Canada.
Photos : Nikon D70 and Nikon D300 ©
We got delicious fresh shrimps from a boat in Gibsons, BC. which we cooked in a cast-iron Wok. 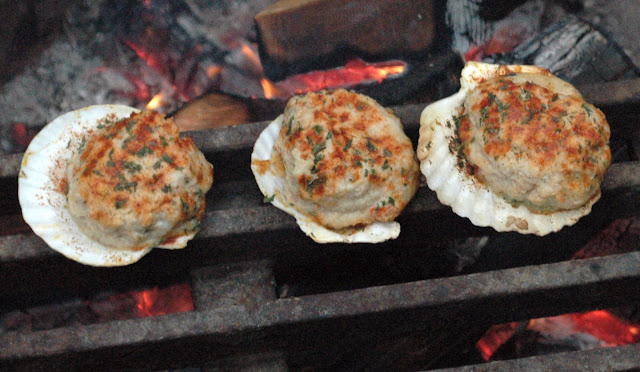 Seafood cakes with scallops.
We bought them in the shells from Superstore. 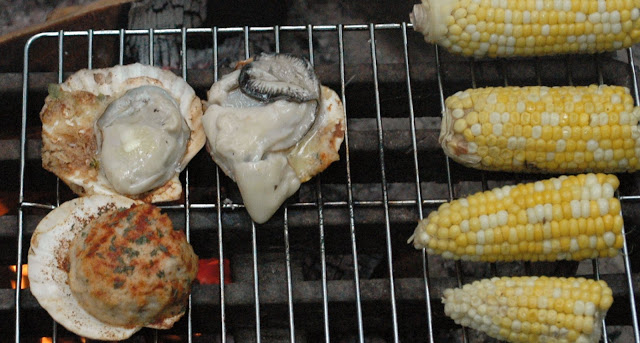 Fresh Oysters from Fanny Bay, Seafood-cakes with scallops and Peaches and Cream corn.
We washed out the shells and cooked the Oysters in them with butter and garlic. 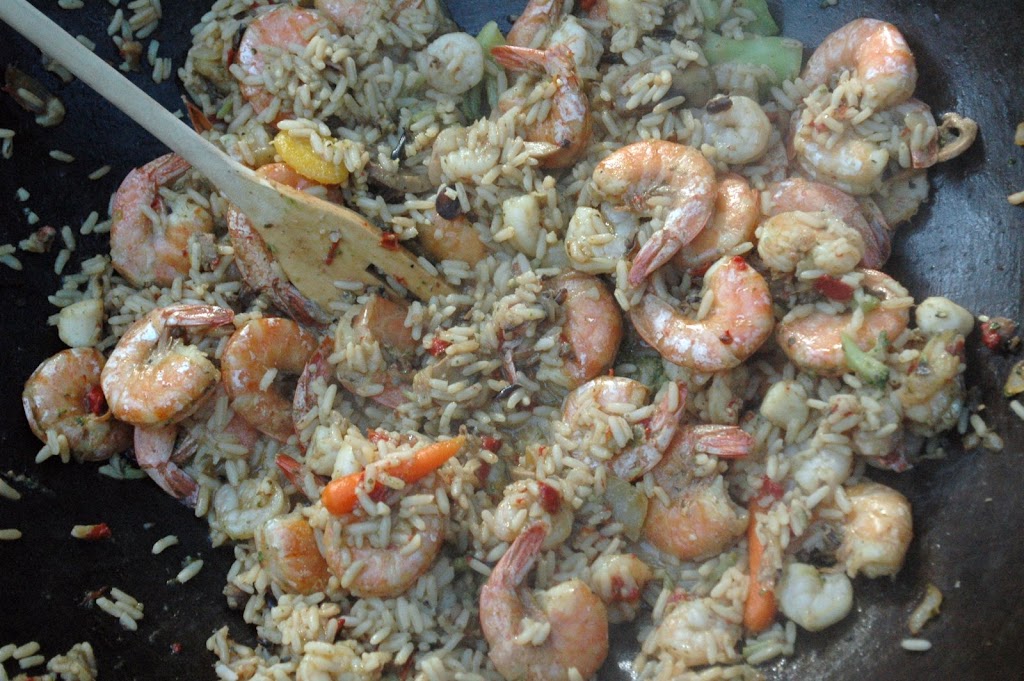 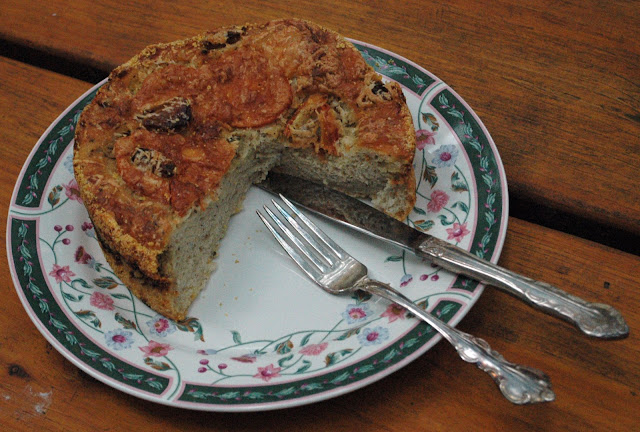 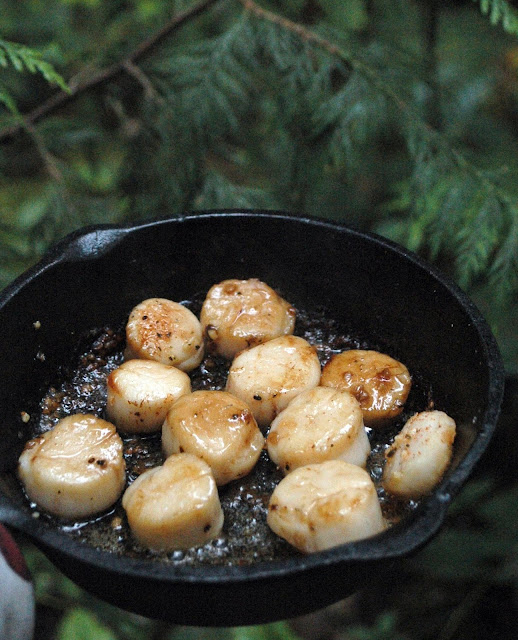 Scallops cooked in a cast iron skillet with garlic, butter and spices. 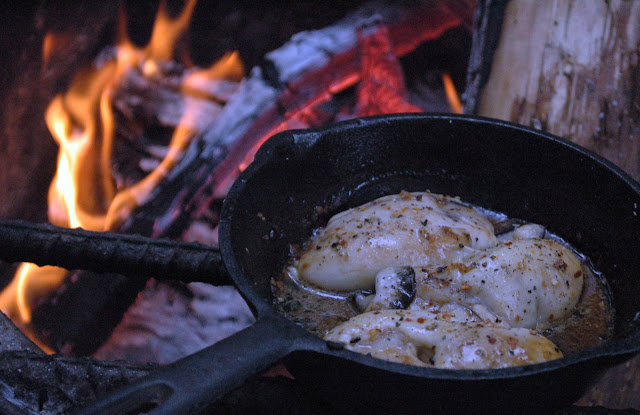 Fresh Oysters which we bought in Qualicum Beach and cooked in a small cast iron skillet with garlic, butter, herbs and spices. 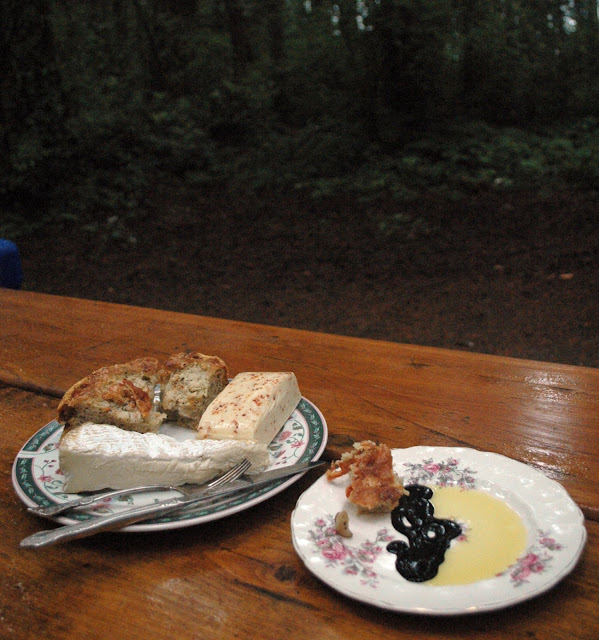 Bread, cheese and Balsamic Reduction from Coombs Country Market with Olive oil.
If you look  carefully you can see the table is wet 😉 We usually eat on place-mats, but we removed them for this photo to show the lovely table.

Our pot has legs, we bought it at Bass Pro
Paptert recipe in English
Paptert Resep in Afrikaans.
Post here. 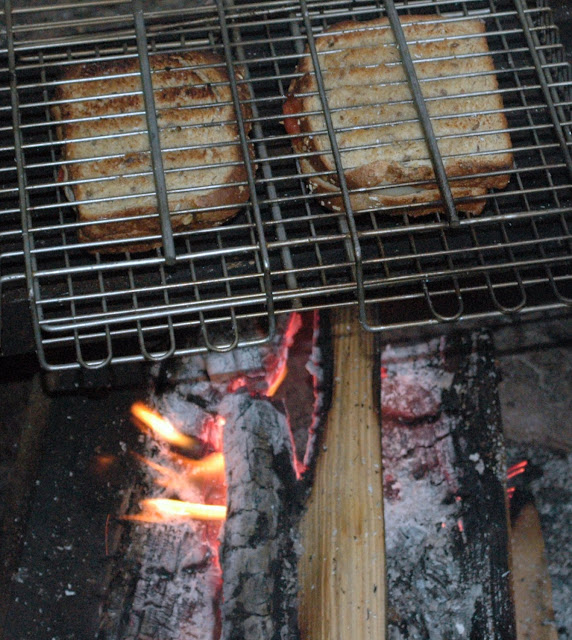 Braai-broodjies (braaied toasted sandwich) “The traditional braaibroodjie is done by making a sandwich with cheese (I prefer aged cheddar), tomato, onion, chutney, salt and pepper with butter on the outside. Braai this sandwich in a closed grid over very mild coals until the outsides are golden brown and the cheese is melted.” – Getaway Blog
Please click here for a recipe. 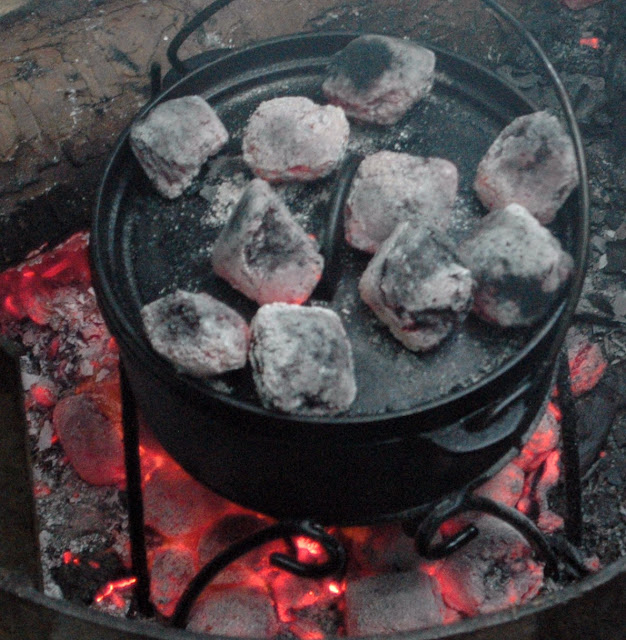 Our Cast iron pot with a flat lid which has a rim to pile coals on top of.
It is standing on a pot-plant stand.
You can read more about it at Fired up cooking South-Africa’s blogon her post Amarula Malva Pudding. 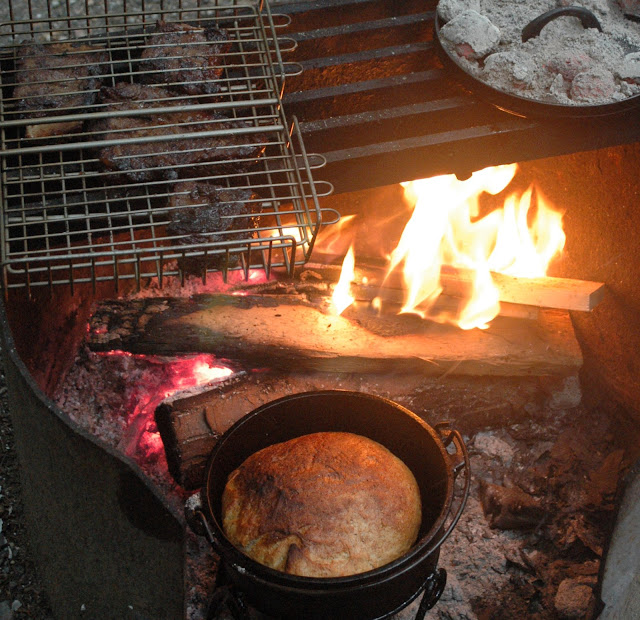 Hubby baking bread in a “Potjie” 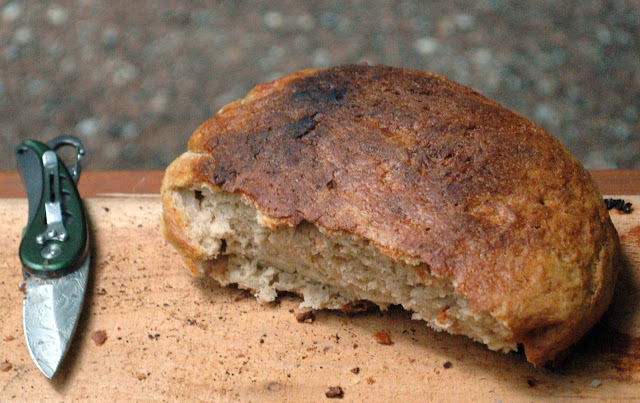 “In South-Africa Potjiekos (poy-kee-kos), directly translated “pot food”, is a stew prepared outdoors in a cast iron, round, three legged pot (the potjie) using either wood coals or charcoal. The traditional ingredients are meat, vegetables, starch such as rice or potato, and fluids such as water and wine. Common other ingredients include fruits and flour based products such as pasta. It is traditionally simmered for hours while people socialize around a fire, enjoying side dishes.”
“Potjiekos originated from the Voortrekkers.” -Wikipedia

Chickens on a rotisserie.

Corn on the cob, the corn is left in their leaves and put into the coals till cooked.

Pork chops and grill basket vegetables on the grill. We mixed onions, carrots, mushrooms, tomatoes and celery with olive oil, rock salt, oregano and freshly ground black pepper in a bowl and then grilled them in a grill basket. Post here.

Breakfast: Left over Chicken Potjie in a sand-which made in a Pie Iron.  Our’s is a Camp Chef Dual Square Cooking Iron from Cabelas. Post here.

Sosaties (Kebabs) made with beef, bell Peppers, mushrooms, onions, spices, bacon, etc. which was marinated in curry, spices, Turmeric, Worcestershire sauce, etc. We usually skewer the meat and vegetables together, but this time we kept them separate to make the cooking easier.  We had them with baked potatoes. Cooked on a Camp Chef Flat top griddle. Post here.

“Sosatie (pl sosaties) is a traditional South African dish of meat (usually lamb or mutton) cooked on skewers.[1] The term derives from sate (“skewered meat”) and saus (spicy sauce). It is of Cape Malay origin, used in Afrikaans, the primary language of the Cape Malays, and the word has gained greater circulation in South Africa.” – Wikipedia

Breakfast: Toast, fried bacon and a cheese omelet Cooked on a Camp Chef Flat top griddle. Post here. The spatula is used to move the food around.

“This griddle is built with Camp Chef’s even heat design to minimize hot spots when cooking. Cooking and cleaning is easy because of its restaurant style high sides and convenient grease drain. Pre-seasoned with a “True Seasoned Finish,” this griddle is ready to use out of the box and has a natural cooking surface.”- Walmart

What is your favorite camp food, I would love to hear from you? 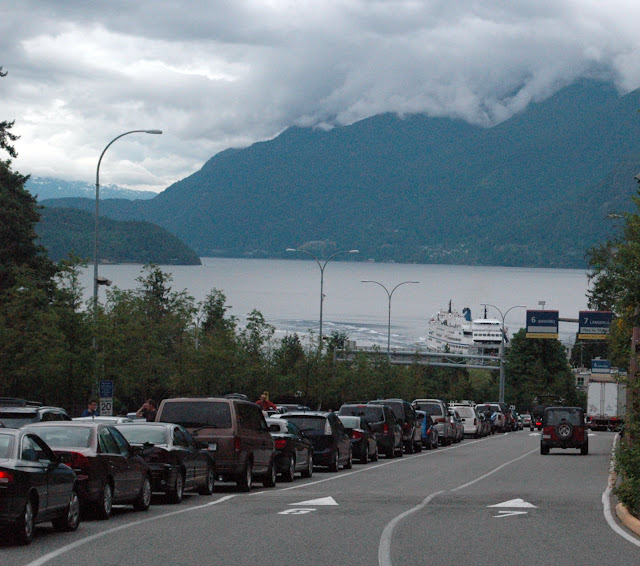 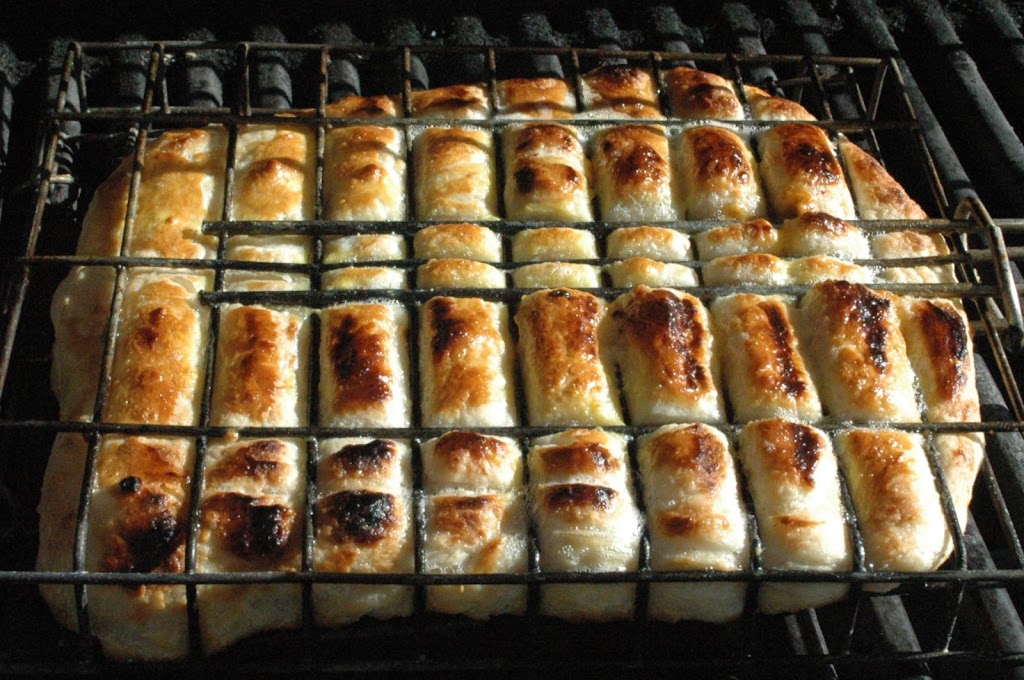 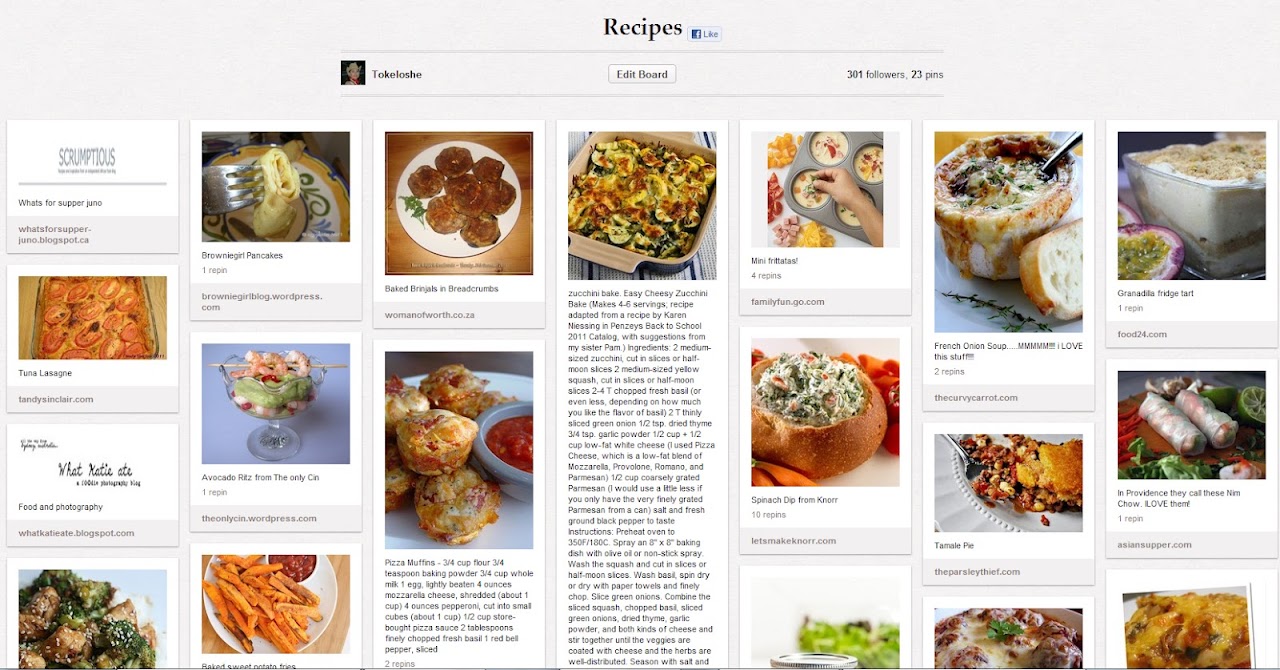