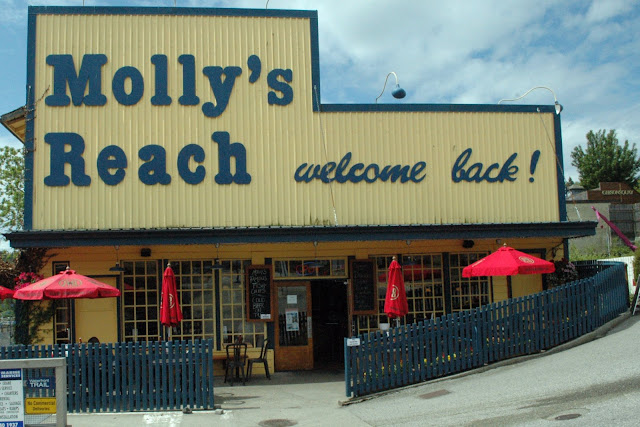 While we were on the Sunshine coast we visited Gibsons, BC
On a previous visit we had delicious Fish and chips at Molly’s Reach.

“Molly’s Reach, for two decades (1971-1990) the setting for the CBC TV series The Beachcombers, is the most famous spot in Gibsons.” – Gibsons BC

“The Landing is the historic seaside part of Gibsons where the town began.” – Gibsons BC 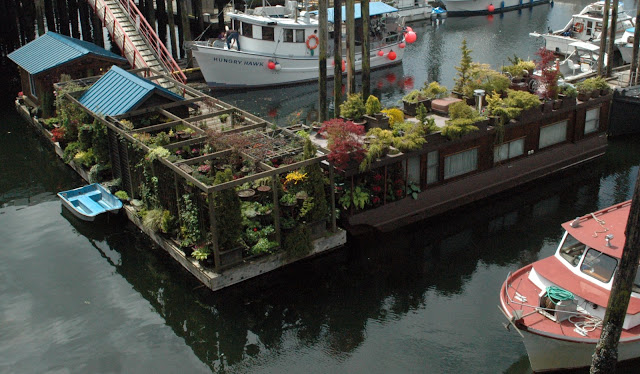 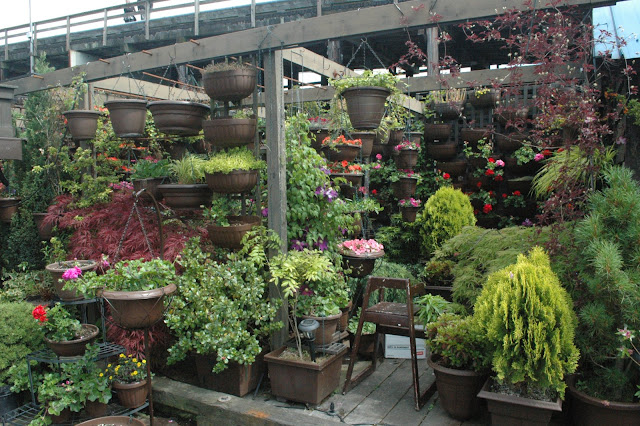 Container gardening on one of the houseboats. 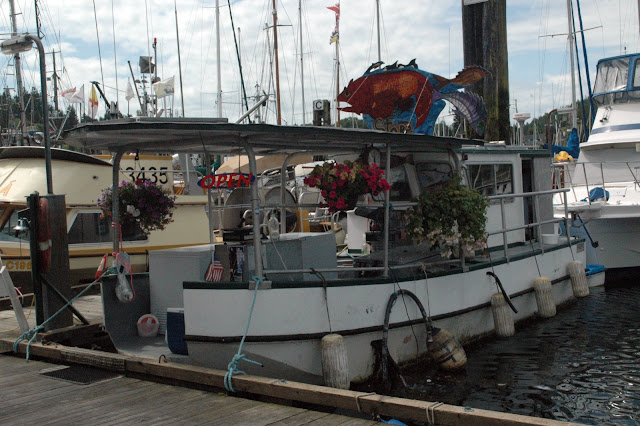 We bought delicious fresh Shrimps from this boat. 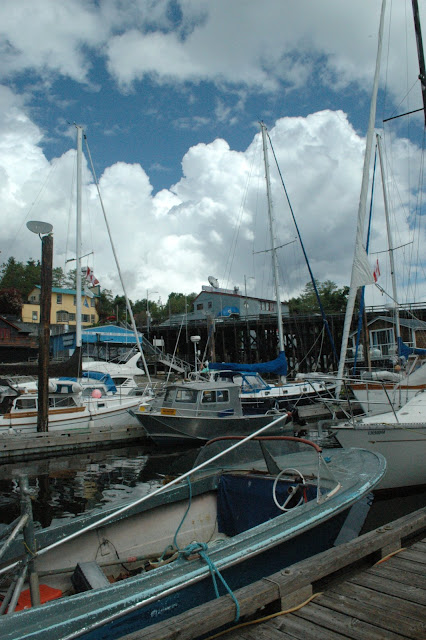 Stunning clouds
You can see Molly’s Reach at the back. 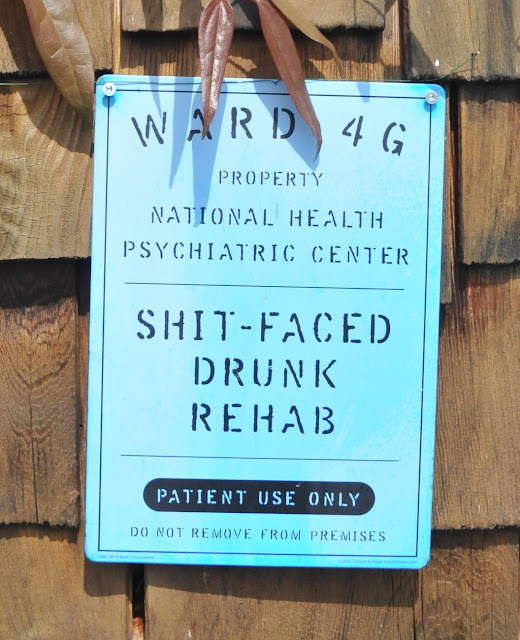 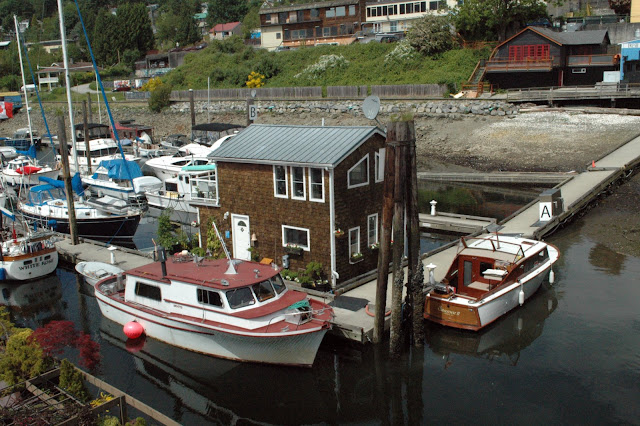 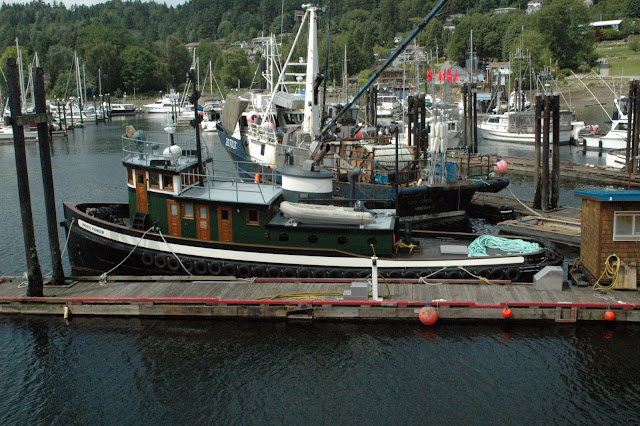 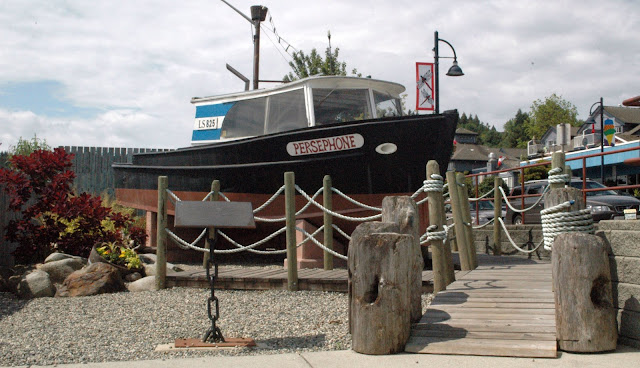 “The Persephone was originally named the ‘John Henry’ and was built in 1965 for Harry “Smitty” Smith, of Smith’s Marina in Gibsons.  She was registered April 26th 1965 and was intended to be used as a small tugboat in the waters of the Sunshine Coast.

She is best known for her long stint as the log salvage boat for The Beachcombers character Nick Adonidas.

The engine was removed at the end of the series in 1991 and ownership was officially transferred to the Town of Gibsons and kept at the public works yard on Henry Road.

In 2003 ownership was transferred to the Sunshine Coast Museum & Archives Society for the duration of her restoration. Countless hours of labour – much of it volunteer – went towards the transformation of the decrepit vessel into its original state.  The Town of Gibsons reassumed ownership in 2007. It was agreed that the vessel would never be used in the water again.

The Persephone was officially installed by the Town of Gibsons during the Sea Cavalcade celebrations of July 2007 and now rests on Gower Point road near Molly’s Reach.” – Sunshine coast museum