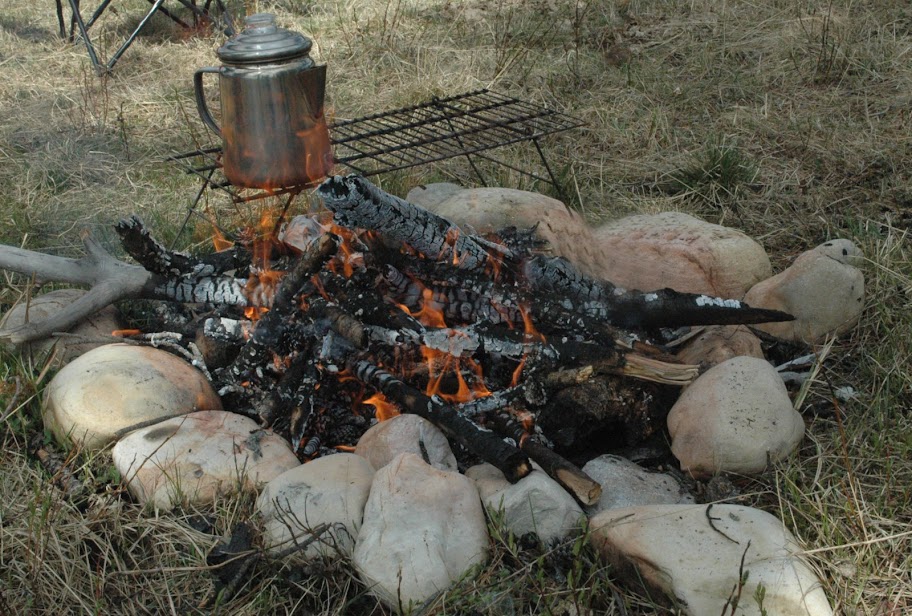 A few of us went to Bearberry Valley, Alberta on a very nice spring day.
We had a look at some very nice camping spots, quad and hunting trails. 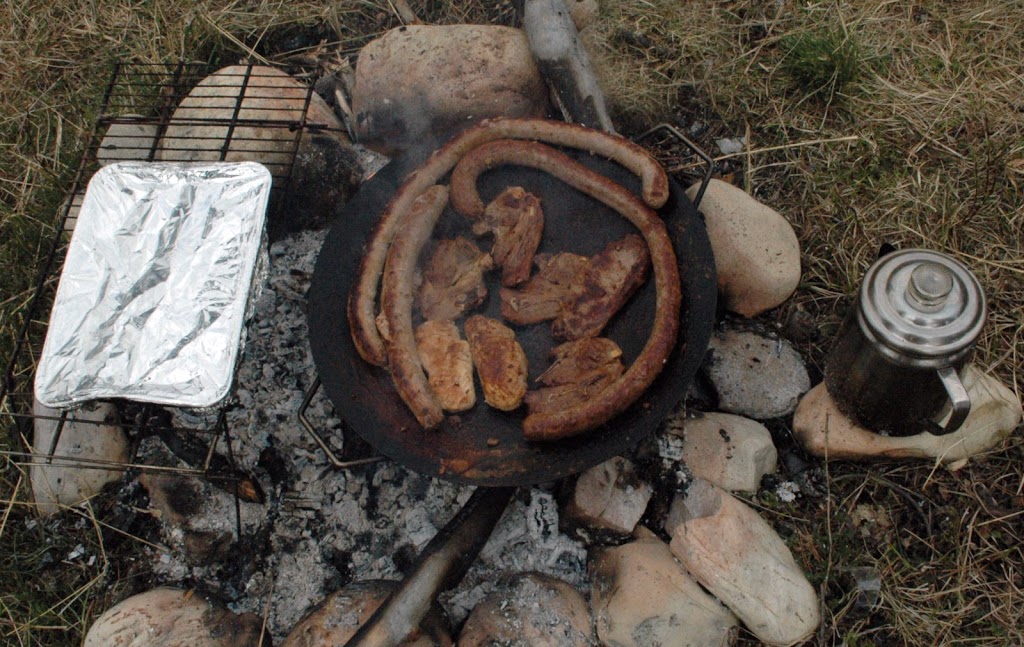 We relaxed around a fire and had a great meal of Scalloped potatoes in foil, meat cooking in our “Skottle Braai” (Ploegskaar) brought from South-Africa and home-brewed coffee.
A “Skottle” is a Wok like dish made from a plough disc or shear, with handles and feet which is used for “Braai-vleis” (BBQ). 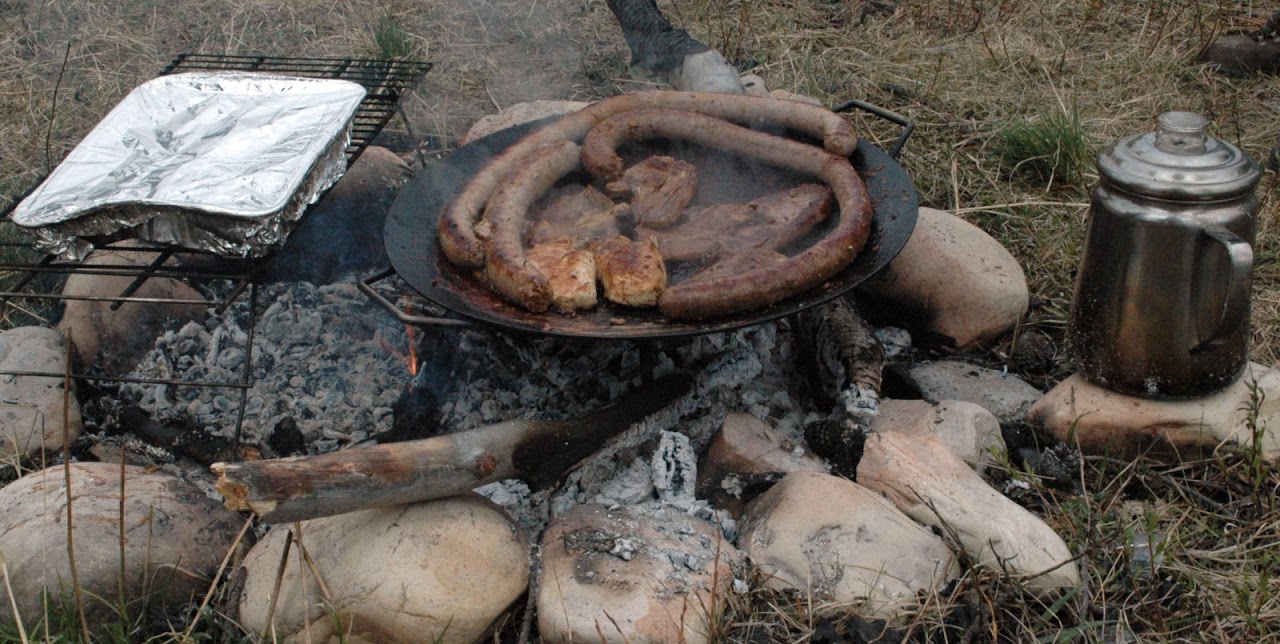 We make our own Boerewors (South African Farmers sausage)

“An inheritance from the German settlers in the Cape colony and popular with our pioneering forefathers the “Voortrekkers”, who used to combine coarsely minced meat and cubed speck (pork and / or beef) with spices and preservatives (vinegar). Over centuries it gradually evolved to what we know today as “Boerewors”. Although it comes in many varieties, The traditional “Boerewors” is a somewhat coarsely textured sausage, usually consisting of 50% beef and 50% pork, flavoured with spices such as coriander, cloves, nutmeg and allspice. Highly popular at “braais” (barbecues), where it is grilled over hot coals. Like biltong, it has become an institution in South Africa.”  – South African Tours 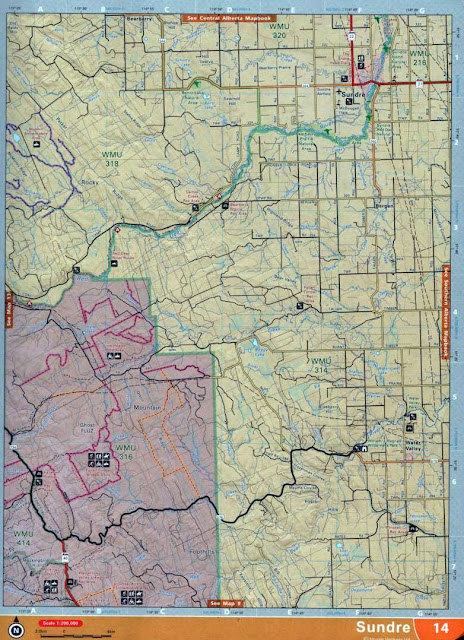 Here is a map of the area.

“The name “bearberry” for the plant derives from the edible fruit which is a favorite food of bears.[1] The fruit, also called bearberries, are edible and sometimes gathered for food. The leaves of the plant are used in herbal medicine.[2]‘ – 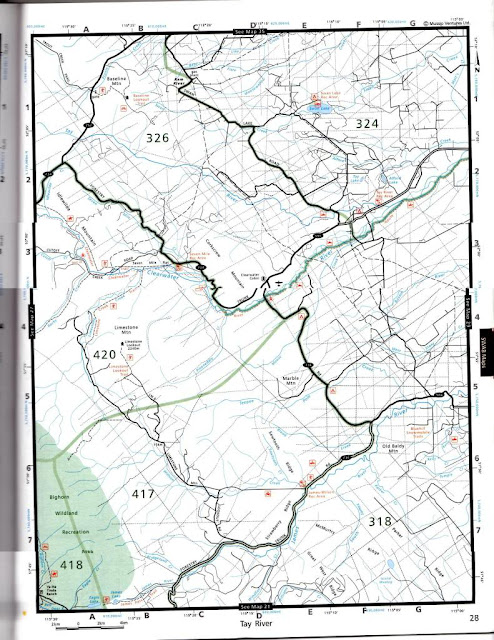 Another map of the area from Outdoors men forum.

“The first people to live in the Bearberry valley were First Nations families of the Stoney tribe from Morley. Three or four families came each summer to hunt deer, moose and sheep. Bearberry was one stop on the route from Morley to Nordegg. When enough deer and moose meat was dried for winter, the families moved farther into the mountains to hunt sheep. After snowfall, they trapped small fur bearing animals, before returning to Morley in late December.” – Read more at Bearberry community 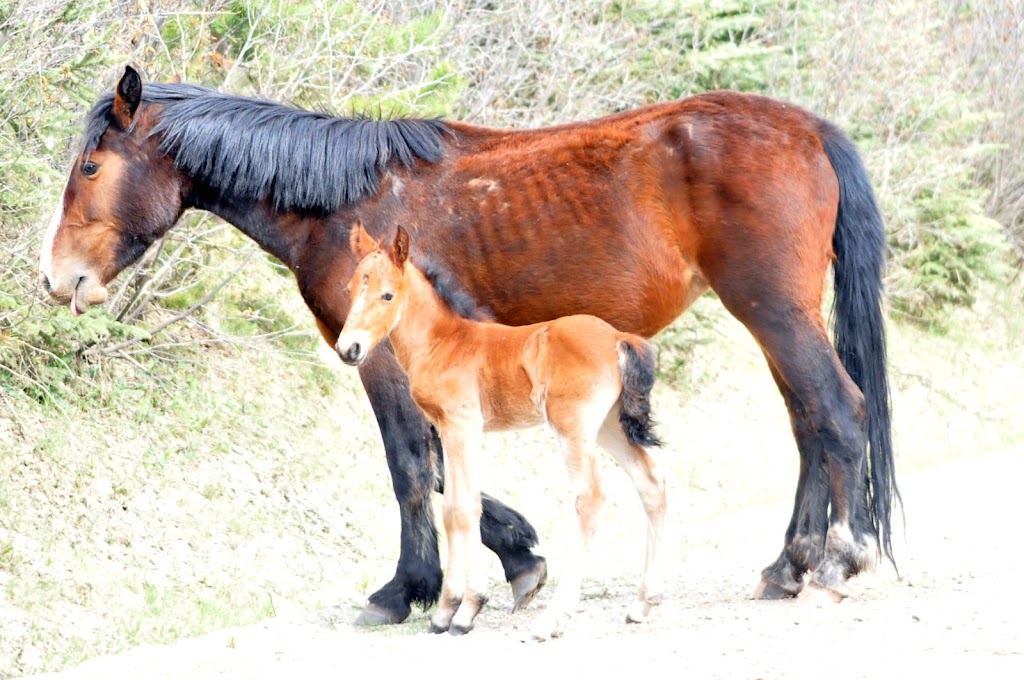 We saw some Wild horses on our way home. 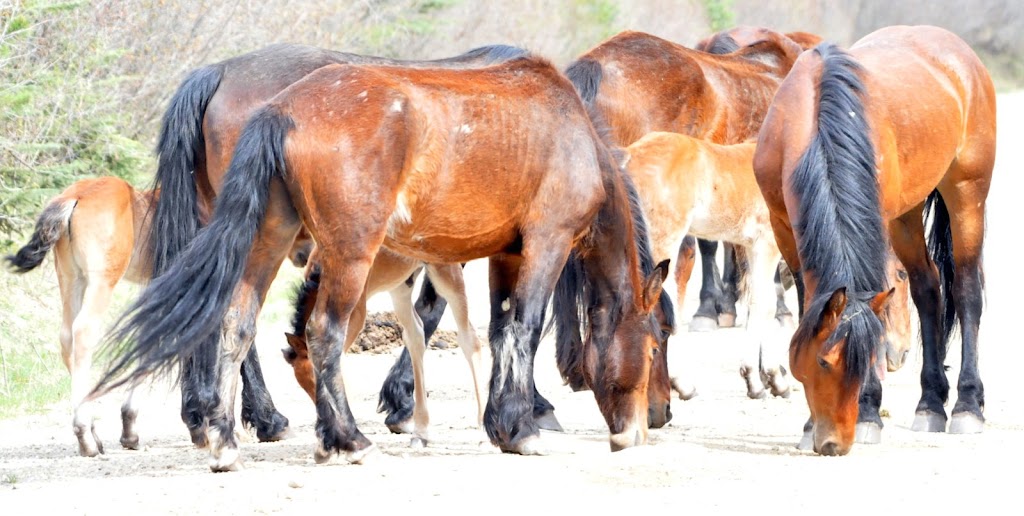 “Wild horses” or “feral horses”? The debate rages on in Alberta, Canada. The provincial government believes that the wild horses west of Sundre, Alberta are the descendants of domestic horses used in logging and guiding/outfitting operations in the early 1900’s. The Wild Horse Society of Alberta (WHOAS) believes that they are of Spanish descent. WHOAS is so sure of this that they have sent away DNA samples to the University of Texas, Equine Genetics Lab for testing.” – Wild Horses Of Alberta

You can read more about theWild Horses Of Alberta here.