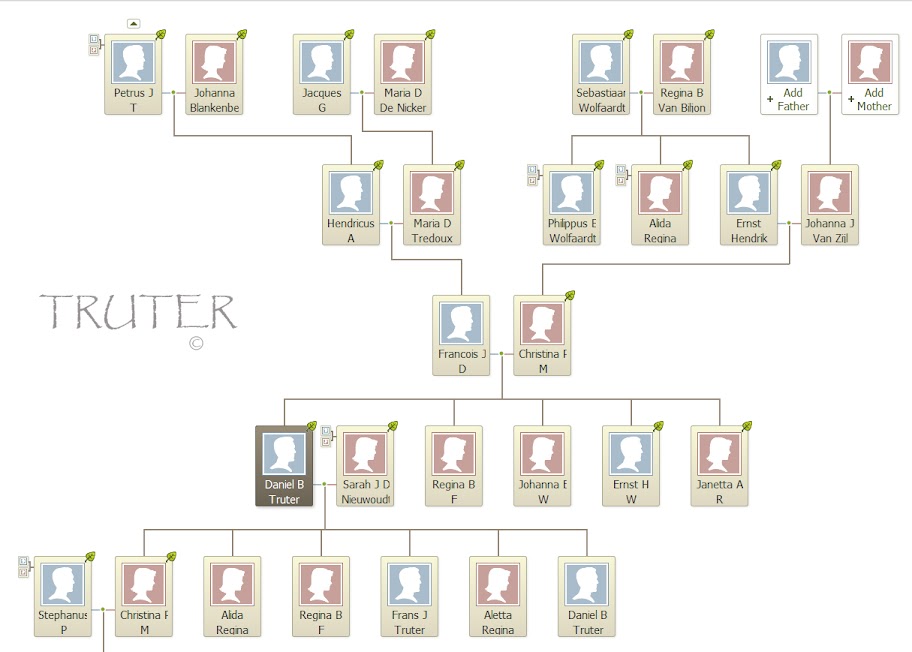 “Johan Andreas TRUTER (also known as Jan Andries) was born in 1694. The name Truter originates from a German male Trudhari, – a mighty nation. He arrived in the Cape of Good Hope on 20 Sep 1722 as a soldier on board the VOC-yacht “Sleewijk”. This yacht, with a volume of 520 tons, departed from Hellevoetsluis on 13 May 1722 equipped by the Amsterdam Chamber. The yacht’s master was Claas Koster. The “Sleewijk” called at the Cape from 20 Sep 1722 to 23 Oct 1722. On 12 Oct 1722 Johann was admitted into hospital and after his recovery decided to stay at the Cape. He was a gardener 1723-5, soon his function at the Cape as ‘Baesthuynier’, where he was in charge of the VOC’s Local Garden in 1727. He was the Head Gardener from 1723 to 1725 and in this capacity on 6 May 1730 he addressed a report to the Governor of the Cape (Jan de la Fontaine) concerning the planting of the sand-dunes along Table Bay.”

He and his first wife had no children. His second wife Maria Cuypermann was the daughter of stamvader Johann Küpermann van Detmold and Catharina van der Heyde.

Sources:
Personal information from Margaret Truter
J Hoge, Personalia of the Germans at the Cape

“Sir John Truter
Permission was obtained from the Gouverner and the Church Council of Cape Town by SirJohn Truter, the first Chief Justice of the Cape and representative for the government in the Synod of the Church.

The foundation stone was laid on 24 March 1831 by Sir John Truter. The Governer, Sir Lowry Cole was present then and also at the opening on Sunday, 30 September the following year.” – Museums.org.za

“The first regular expedition to penetrate far inland was in 1801-1802, when John (afterwards Sir John) Truter, of the Cape judicial bench, and William Somervillean army physician. and afterwards husband of Mary Somervillewere sent to the Bechuana tribes to buy cattle. The London Missionary Society established stations in what is now Griqualand West in 1803, and in 1818 the station of Kuruman, in Bechuanaland proper, was founded. In the meantime MH.K. Lichtenstein (1804) and W. J. Burchell (1811-1812) – Genealogy.co.za 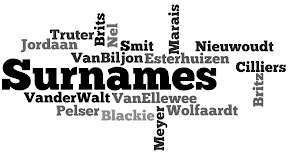