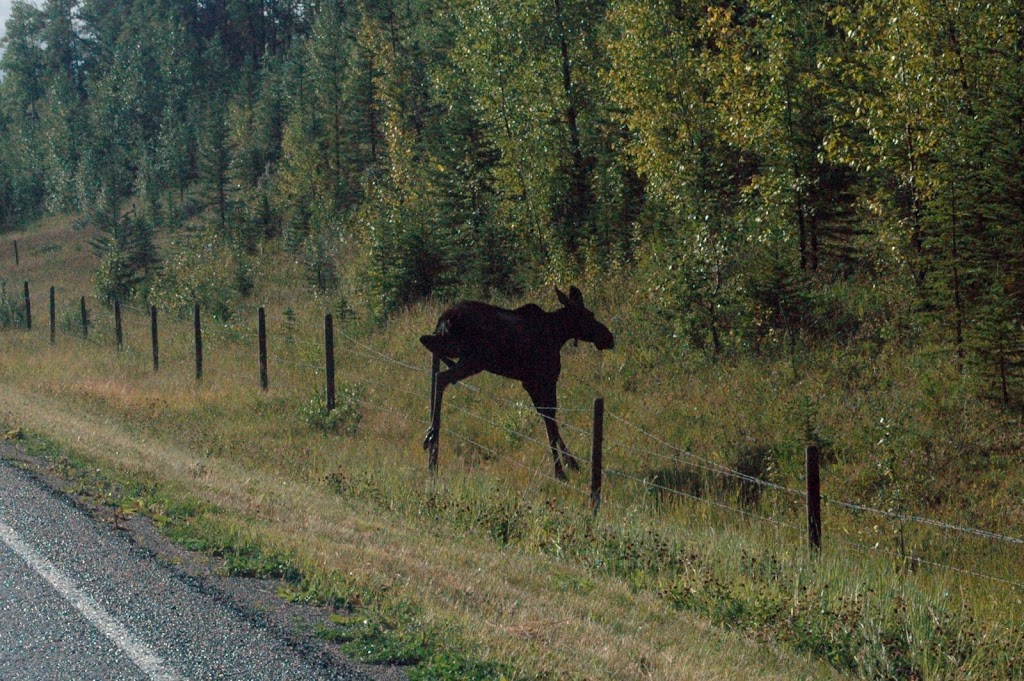 We saw a Moose on our way to Sandy McNabb camp.
All photos Nikon D70 © 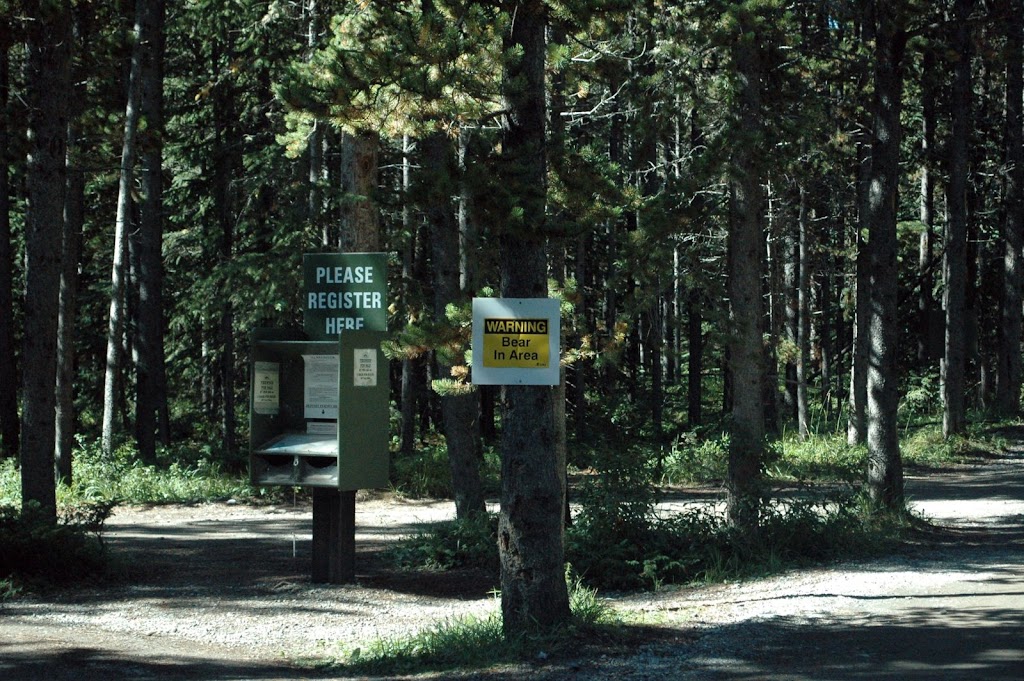 We were a group of about 10 families who camped at Sandy McNabb group campground in Kananaskis, Alberta, Canada for the Labor day long weekend. Most of us were from South-Africa. It was the first time that we camped there, but we had been in the area before. We took the dogs with us and they enjoyed it very much as well. 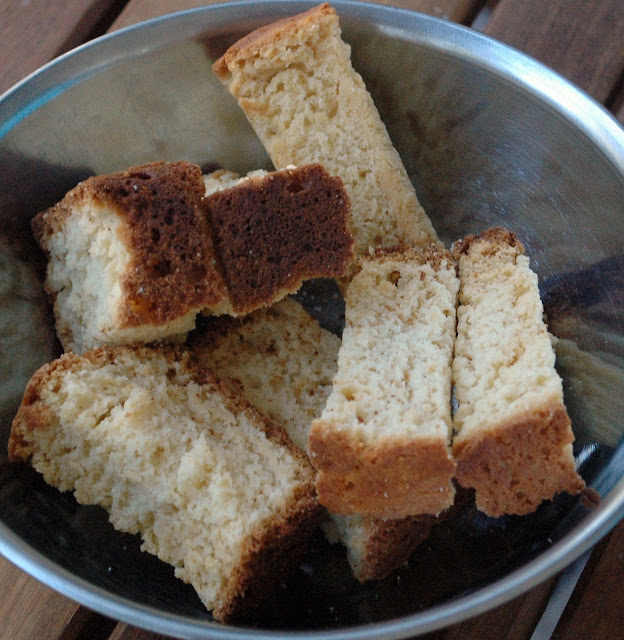 In the morning before breakfast we had homemade Rusks or Boere Beskuit in Afrikaans with coffee.

“It was the French Huguenots who first introduced this type of rusk made from sweetened buns or mosbolletjies.” – Ejozi.co.za 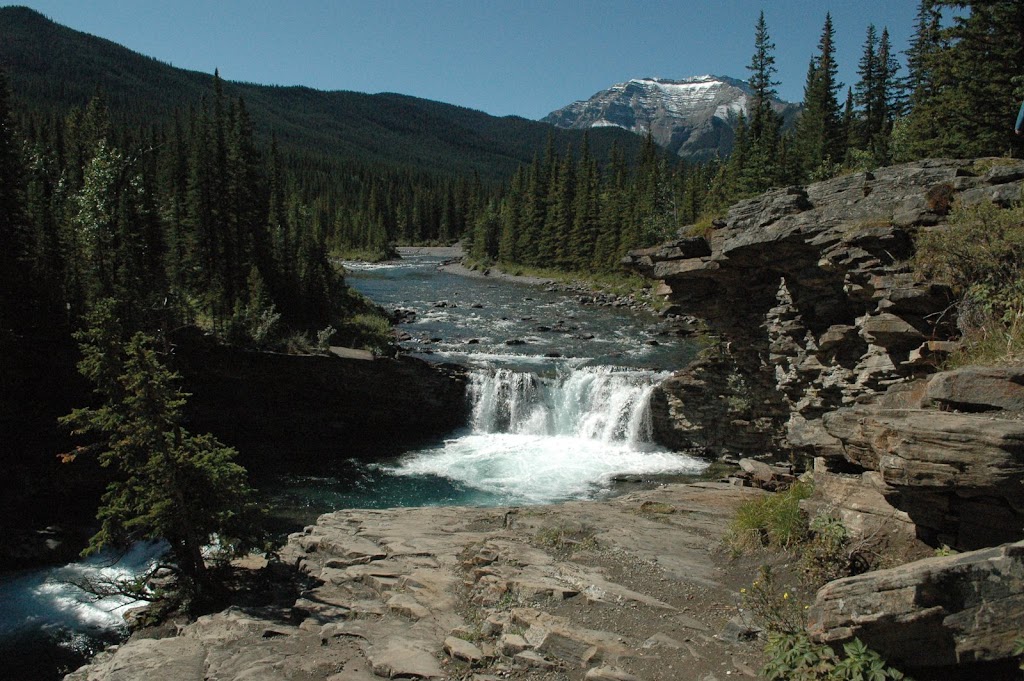 The campground is close to the Sheep River Falls, Kananaskis country.

“Located off a short trail in the Sheep River Wildlife Sanctuary and Provincial Park, these falls are a good spot for the whole family. The area is easy to explore around the falls, and has a trail system that follows the river eastward. A second set of falls is immediately to the the east of the main falls. Both are certainly worth the visit.” – Mac Donald 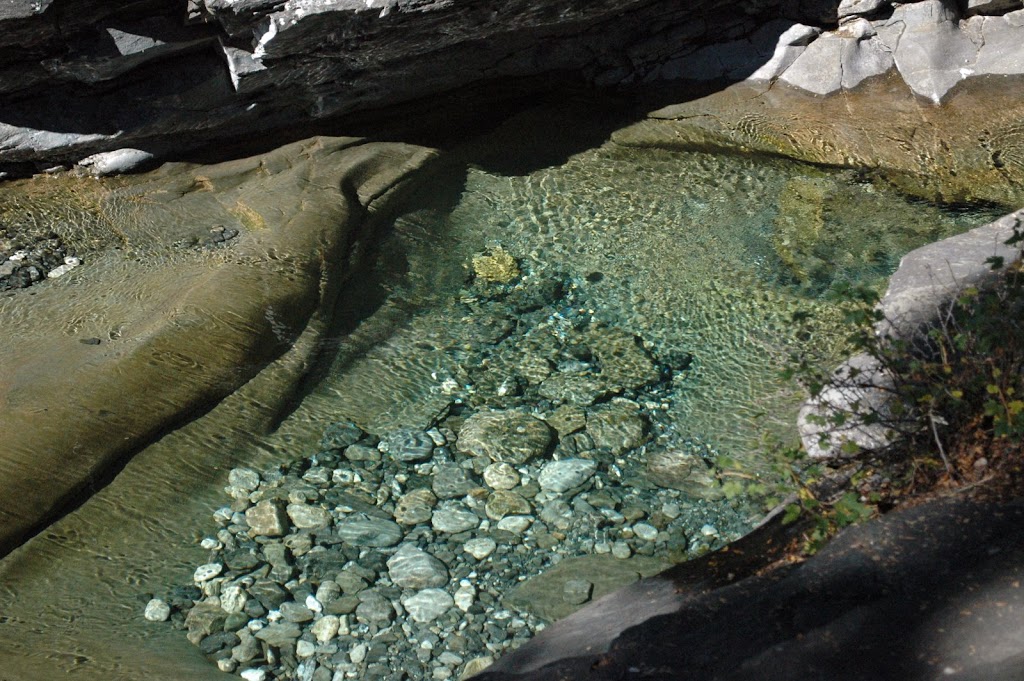 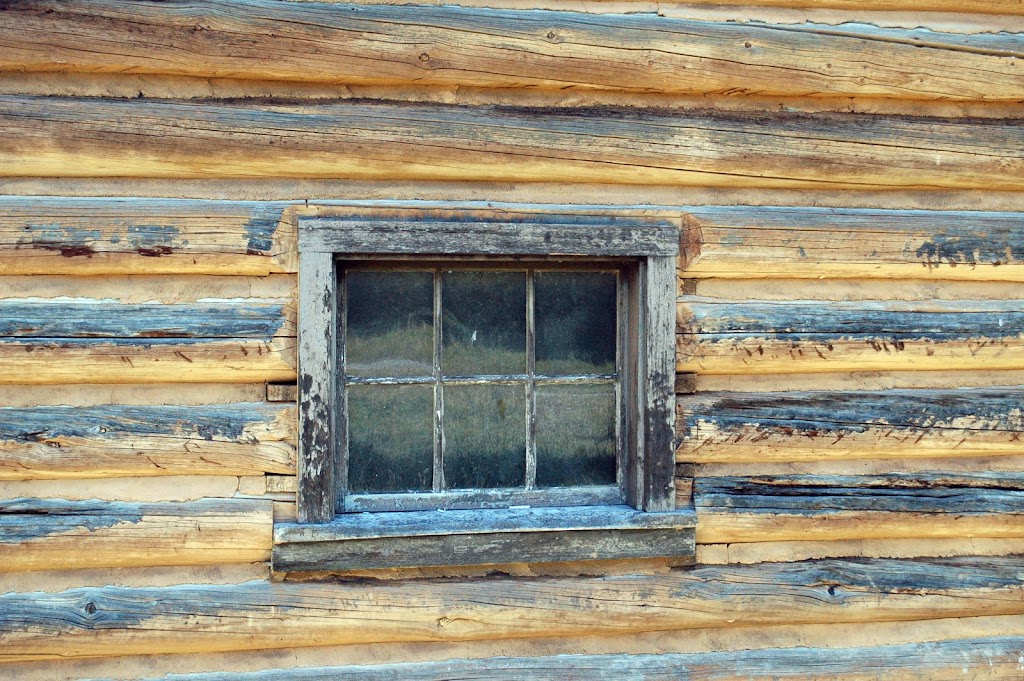 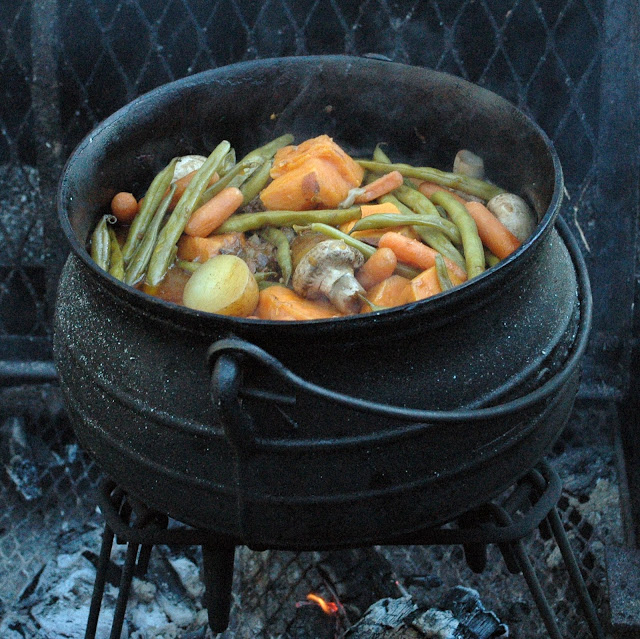 ““Potjiekos” ( literally meaning pot-food) has been part of South Africa’s culture for many centuries. When the first Dutch settlers arrived in the Cape, they brought with them their ways of cooking food in heavy cast iron pots, which hung from the kitchen hearth above the fire.” – South Africa Tours 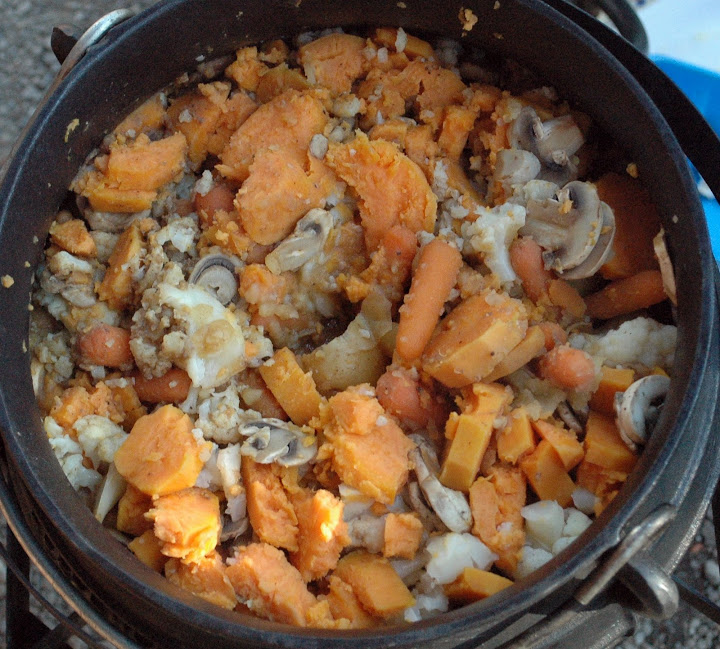 “Potjiekos” – (poy-kee-kawse) directly translated “pot food” or food prepared in a pot. In South Africa this means only one thing, food prepared outdoors in a cast iron, round, three legged pot using either wood coals or charcoal.” – Funky Monkey 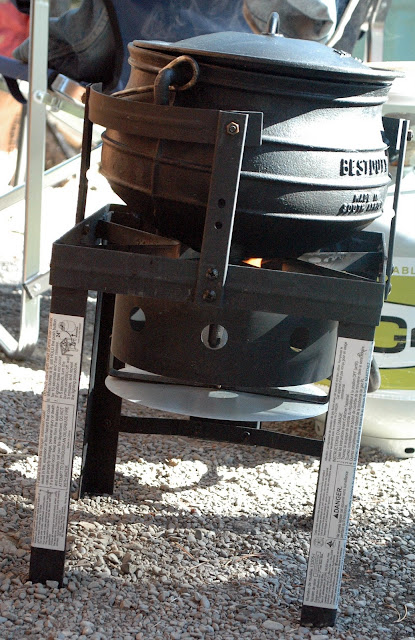 A “Potjie” on a propane Cast Iron burner stand. 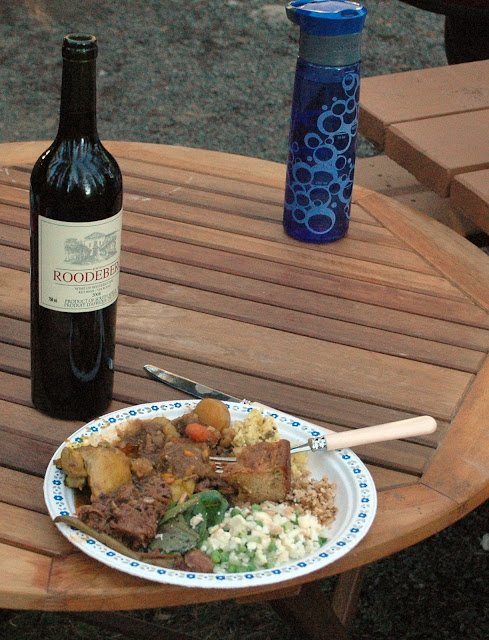 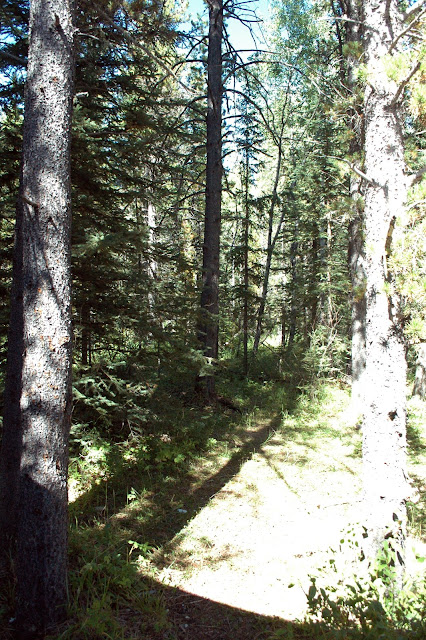 View from our campsite. 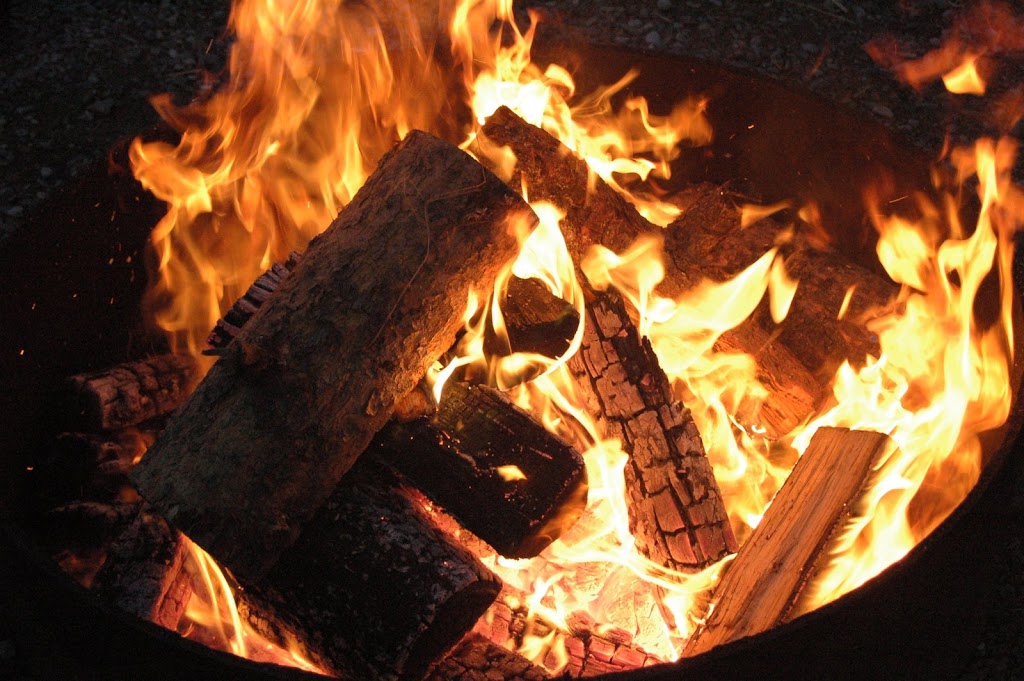 In the evenings we all sat around a huge campfire enjoying stories, songs, jokes, Pimm’s and Don Pedros (a South African dessert)
It reminded me of Louis van Rensburg, who we met when I was a teenager in South-Africa, I have photos of us together and will never forget him. 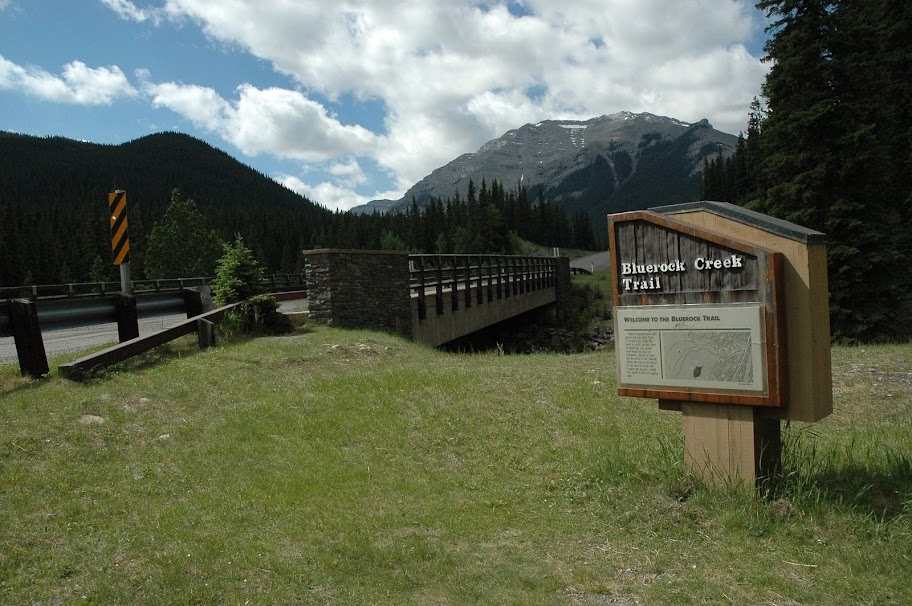 “Located west of Sheep Falls, these falls are fairly small, but quaint. Nestled between numerous types of rock, the falls appear at the near terminus of the Blue Rock Creek, just as it joins with the Sheep River. The falls are visible from Hwy 546 and a small path leads to a good spot for viewing.To get there, head into the Sheep River Provinical Park in Kananaskis Country along Hwy 546. Not a couple minutes from Sheep Falls, look for a bridge over the Blue Rock Creek. On the North side is the falls. ”macdonald.typepad.com