After we left Lake Louise we went to the Town of Banff, where it was still raining.

“Several classic Hollywood films of the 1950s depicted famous movie stars being swept over Bow Falls, including Marilyn Monroe, Robert Mitchum… even the son of Lassie.” – Town of Banff

We had a great lunch at  The Old Spaghetti Factory in Banff.

At what elevation does an elk become a moose?

“How do the elk know they’re supposed to cross at the “Elk Crossing” signs?
How far is Banff from Canada?
Those are some of the queries posed by visitors to Canada’s beautiful Banff National Park.
Following are some more actual questions asked by Banff Park tourists:

And in case you were wondering, here are the answers to the questions we posed earlier: 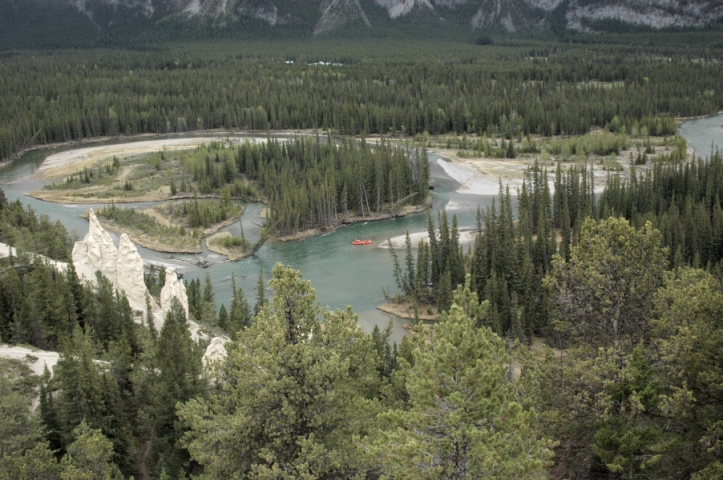 View of the Bow river from Tunnel Mountain Drive
Approximately 2 km, 20 m elevation gain
“Tunnel Mountain Drive is located between the Banff Centre and Tunnel Mountain Road. Much of this road is closed to vehicles in the winter, but remains open to pedestrian traffic. It provides splendid views of the Bow Valley and can connect with the Bow River / Hoodoo Trail to make a longer loop.“ – Parks Canada
25 May 2005
Town of Banff

“Locally known as Surprise Corner (but there is no sign), this is the spot where most of the famous pictures have been taken of the historic Banff Springs Hotel“ 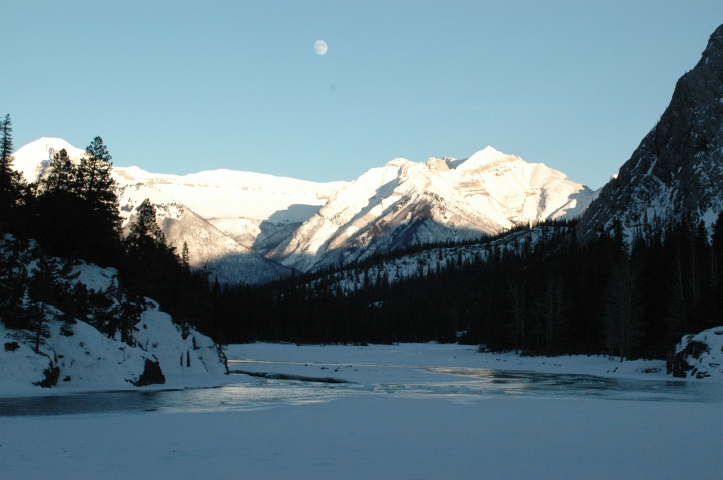 The Spirit of Christmas
Town of Banff
December 2003

City of Banff and Lake Louise