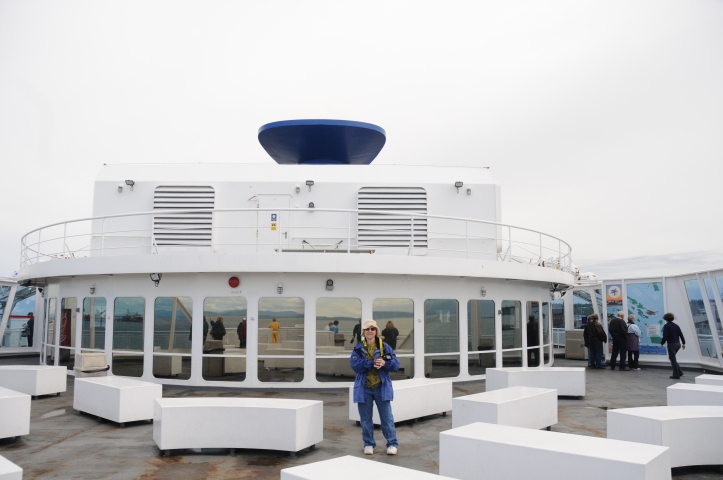 After spending a few days in Vancouver, we went over to Vancouver Island by Ferry, on a lovely sunny day. We took the“Queen of Tsawwassen” From Tsawwassen to Swartz Bay, the trip takes about one and a half hours, the ferry sails through the south Gulf islands and our car goes with us on the ferry. 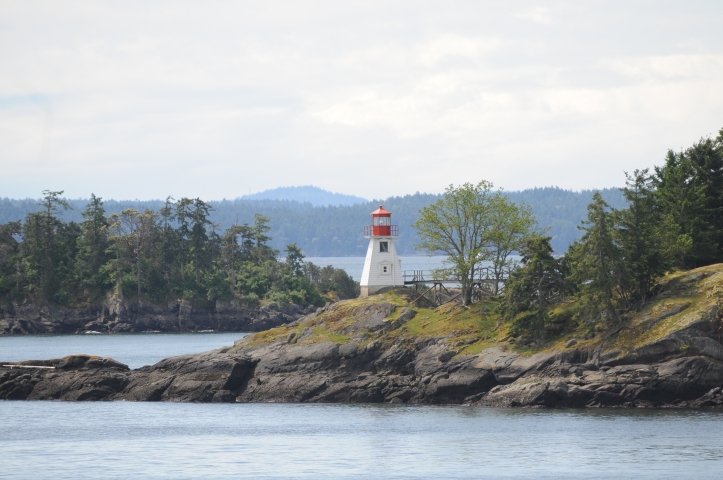 We visited the Fisgard Lighthouse and Fort Rodd Hill near Victoria.
The lady who sold the tickets was so nice and friendly, she chatted to us about cameras and she was very interested in ours, as she does bird-watching in the park.

We had a great dinner of fish and chips at Fish Tails Cafe, which we had visited before in Qualicum Beach. 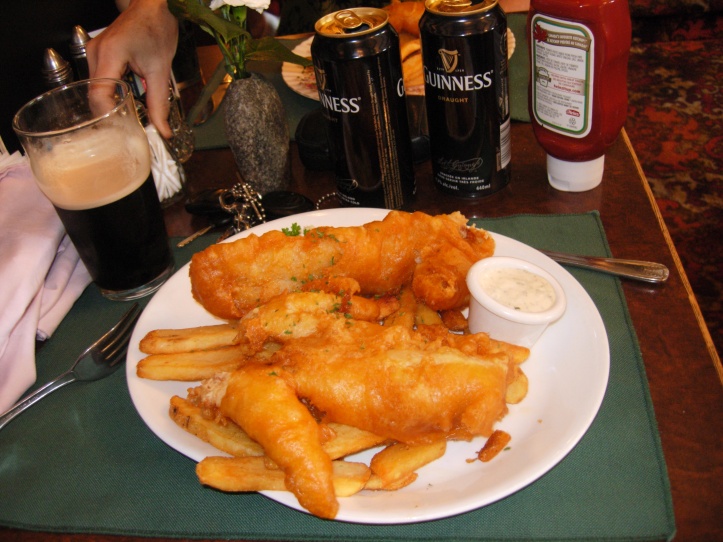 Fish Tails Cafe
We didn’t know it at the time, but the Maitre‘d was was born, raised and educated in South Africa.

We stayed a few days in a cottage at the Riverside Resort Motel and Campground, where we had stayed before, in Qualicum Beach. The rates are very reasonable, clean and spacious with fully equipped kitchen, patio and picnic table. We had a Barbecue one evening.

Please click for more Places we stayed during our vacation. 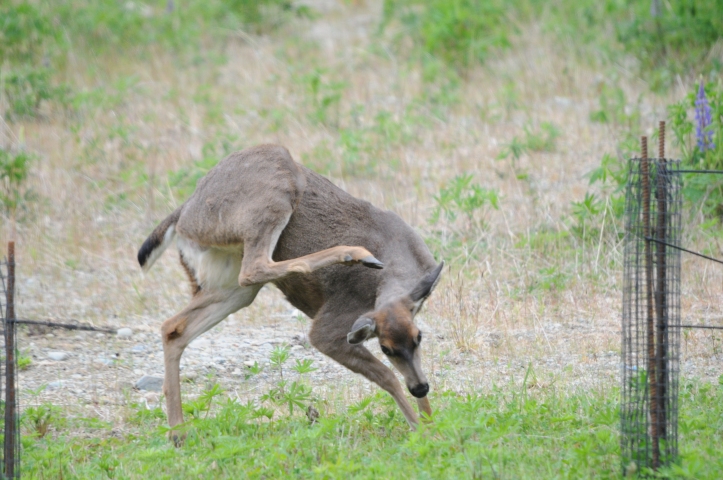 We saw some “Bambie’s” eating flowers in the people’s garden’s, a sign proclaiming “Frolicking wildlife” and Mr. T. saw a Raccoon running across the road. We were very impressed with Ratrevor Beach Provincial Park, which has a lovely beach, campsite between the trees and is pet friendly. 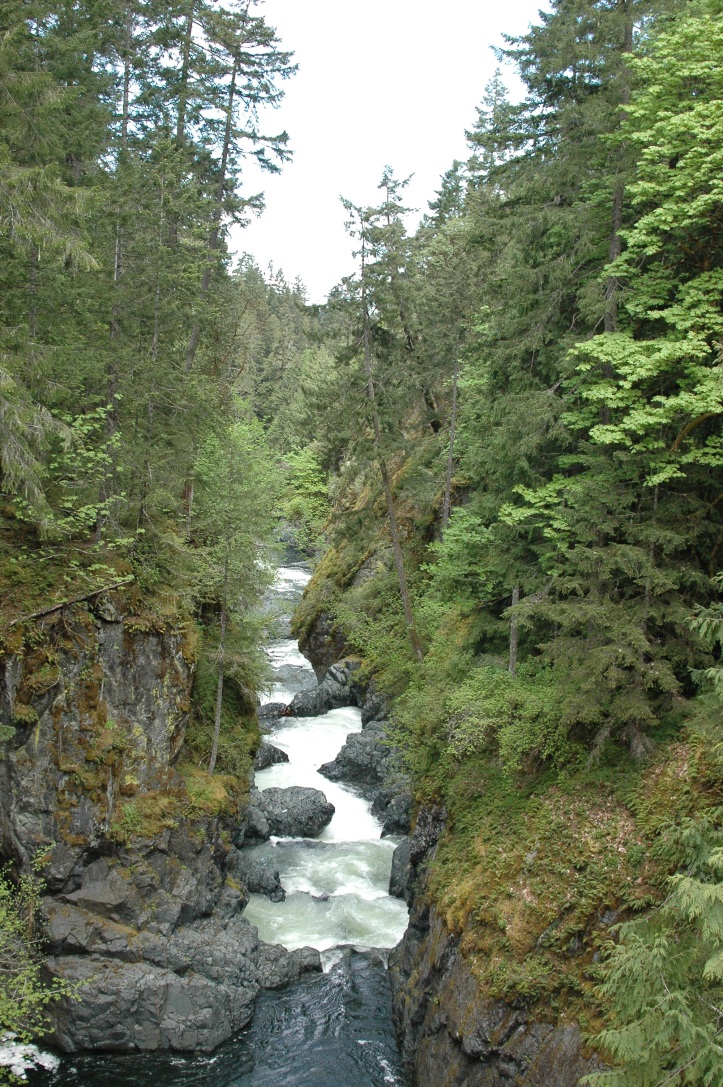 The next day we went for a drive to Qualicum Beach, French creek and walking in Englishman River Falls Provincial Park. It was so nice to walk among the large green trees again.“The Englishman River, features a spectacular canyon between two beautiful waterfalls cascading along the descending riverbed.”

” Legend has it that First Nation people in the area during the last century found the skeleton of a white man along the river near the waterfall, hence the present name of the falls.” The waterfalls have signs warning “No jumping from bridge !”

The next day we drove north to Campbell River. On our way we were very impressed with Miracle beach. Campbell River is a large town large with shops, but unfortunately there is a paper mill. There are many wooden carvings and totem poles.